Items required: ghostspeak amulet, 31 ecto-tokens or buckets, pots, and bones to get them.

Tip: Nettle tea can be made in advance to save time later on.

Tip: if you need a bowl, buy one from the charter ship before leaving. There is a water source south-east of Fenkenstrain's Castle.

The old crone and some nettle tea[edit | edit source]

Items required: a bucket of milk and nettle tea or the items to make it: A tinderbox, logs, gloves (must be closed-fingered), and a bowl of water (bring extra just in case the water boils over too much).

The book of Haricanto[edit | edit source] 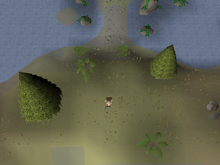 The approximate location of the book.

Important: Make sure you have a spade and treasure map in your inventory, or you will not be able to complete the next part and will waste your 25 ecto-tokens.

Items required: around 400 coins and an oak longbow.

Items required: ghostspeak amulet, bucket of slime (can be purchased during quest) 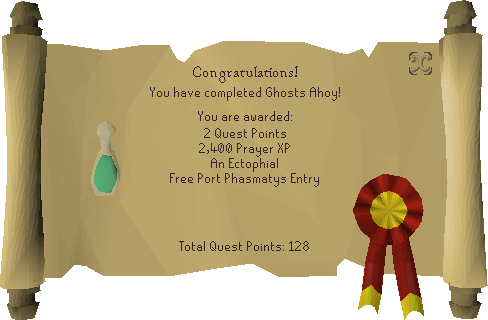