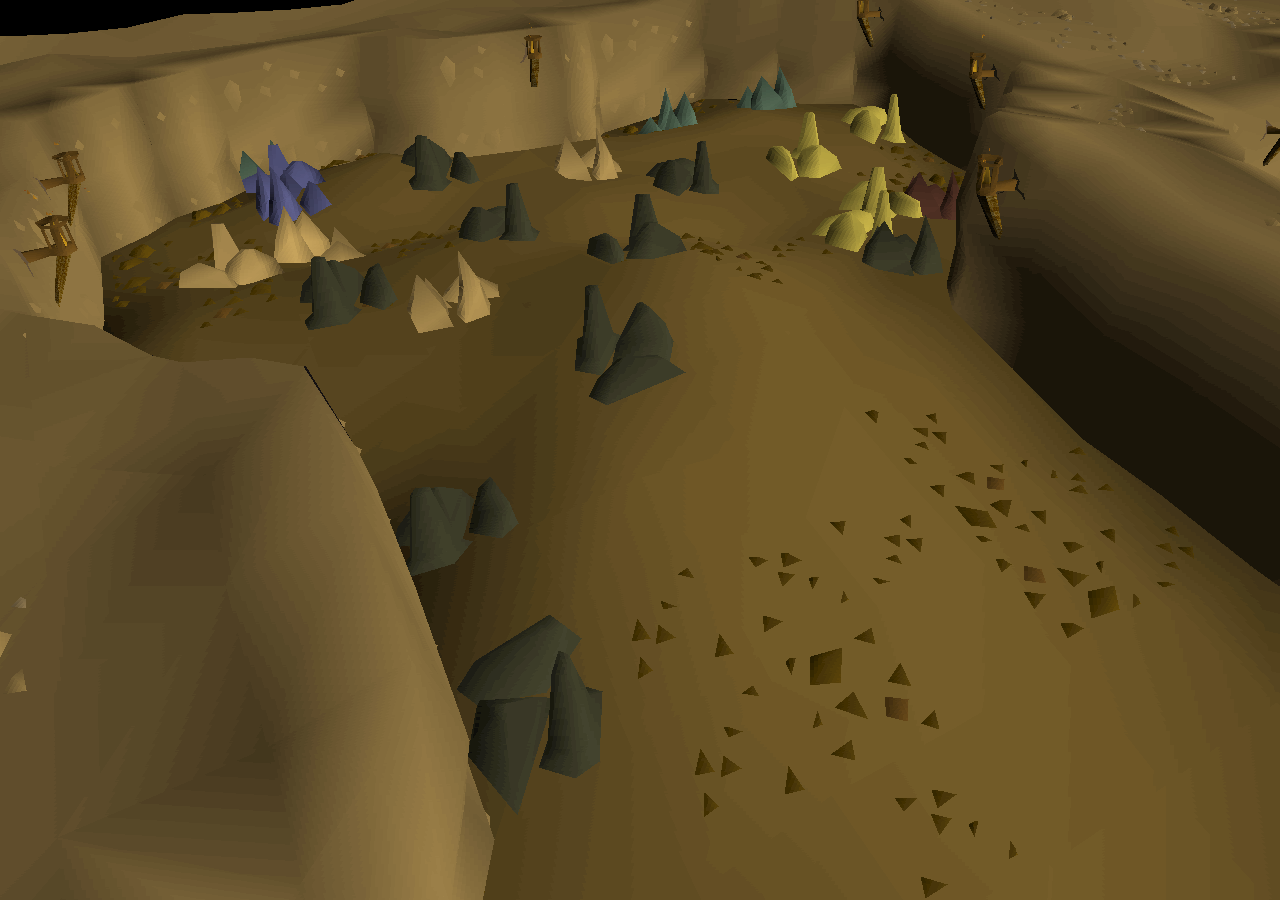 The Grand Tree mine is an area in the northern part of the Grand Tree Tunnels and is only accessible after The Grand Tree quest. Players can enter the mine after the quest by pushing the roots that block access from the central area. No axe or other equipment is required to push the roots aside.