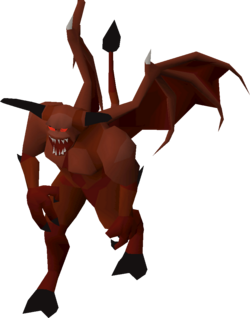 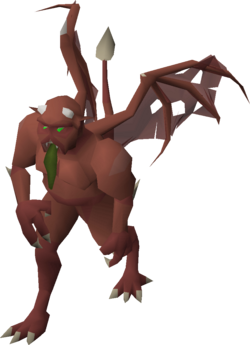 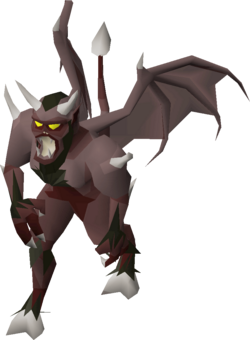 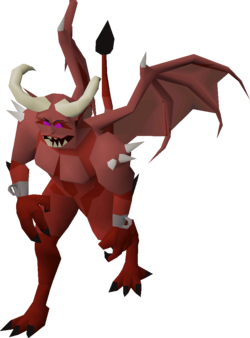 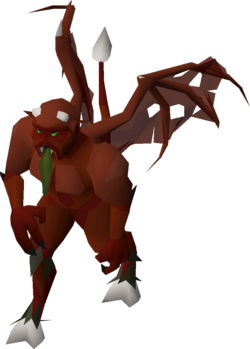 Greater demons are large demonic monsters. They are well known for their rune full helm and hard clue scroll drops.

The only place free-to-play players can kill greater demons is in the Demonic Ruins. Since this is a multicombat area in high-level Wilderness, there is a high risk of getting killed by other players. Because of that, the best strategy to kill these is to bring as few items as possible.

To do that, first train your Prayer level to 43 to use Protect from Melee. Since the Ruins slowly restore your prayer, you can use this prayer permanently without draining your prayer points. Simply bring a weapon (for example Silverlight) and an amulet of strength or amulet of power, and bring nothing else to maximise your damage in combat while not having to risk losing items to a PKer.

Alternatively, bring a weapon and monk's robe top, monk's robe bottom and a holy symbol, which allows you to use either Superhuman Strength or Improved Reflexes in combination with Protect from Melee without draining many prayer points, for a 10% Strength or accuracy boost.

Additionally, there are multiple safespots at the Demonic Ruins from which a player can use ranged attacks to easily take down a Greater Demon within a few minutes of sustained ranged attacks.

There are a number of safespots which players using Ranged or Magic may use:

The average greater demon kill while on a Konar task is worth 2,090.62.

The average greater demon in the Wilderness Slayer Cave kill is worth 3,722.45.

There is approximately a 67/100 chance of rolling the Wilderness Slayer Cave drop table, which includes various items available from Justine's stuff for the Last Shopper Standing.