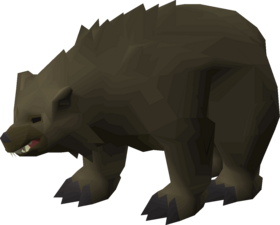 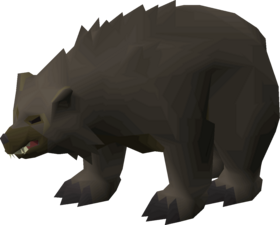 Grizzly bears are large but relatively weak monsters typically found in forests. They are the stronger, aggressive cousins of the non-aggressive black bear.