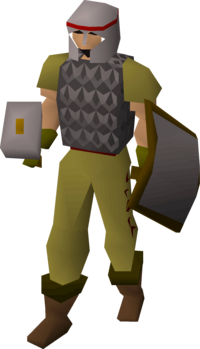 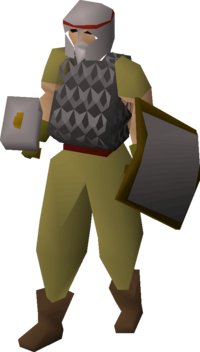 Guards (Burthorpe) are level 37 humans. A pair of Burthorpe guards flank either side of the main entrance to the Burthorpe Castle. They have average Defence and accuracy for their combat level and have a max hit of 5. Players occasionally train on these two guards for experience and their uncommon mithril platebody and mithril full helm drops.

Drop rates estimated based on 6,727 kills from the Drop Rate Project, unless otherwise cited.