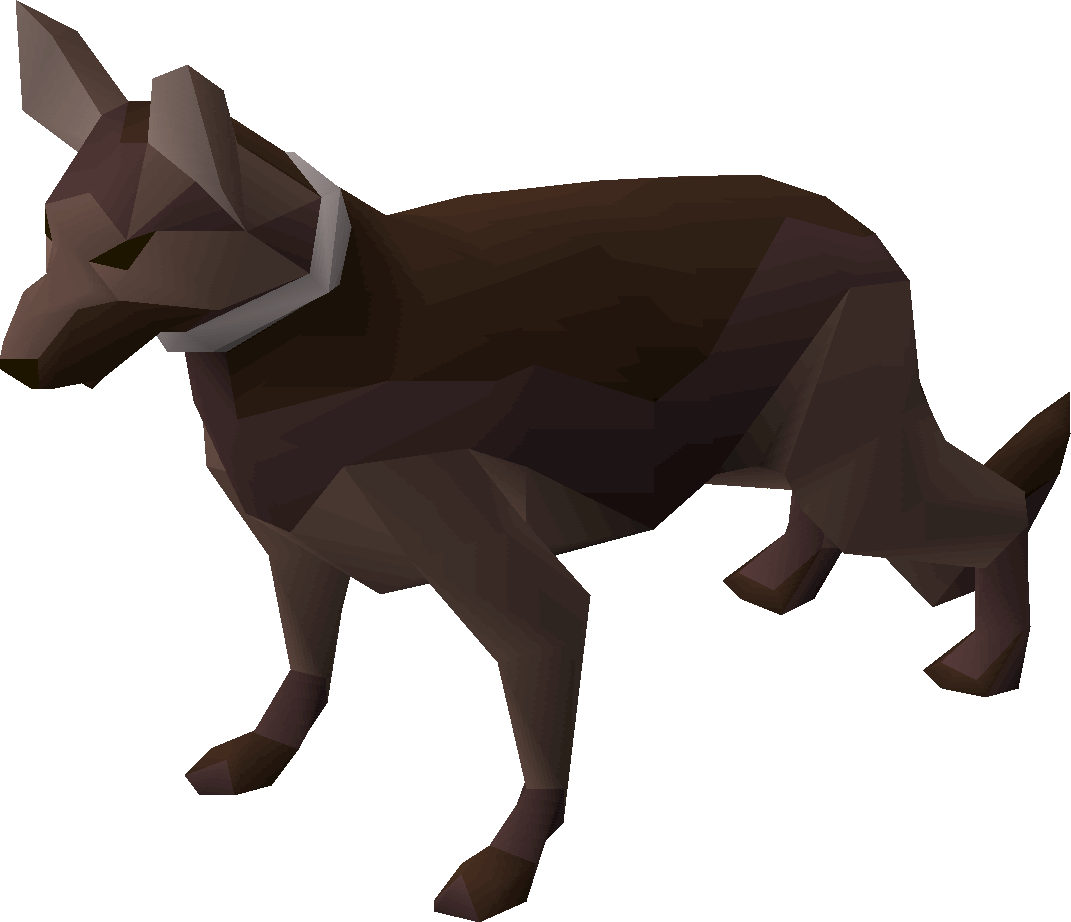 Guard dogs are animals that can be found in various man-made locations. For lower-level players, guard dogs can be tough to defeat with melee, due to their fairly high melee accuracy. They can be slain towards a dog Slayer task, but Jackals may be much easier.

The guard dogs by the fruit stalls at Xeric's Glade will only become aggressive if they detect a player trying to steal from the stalls. When they do, they will bark "Woof! Woof! Woof!" and proceed to attack.

Guard dogs may also be purchased at level 74 Construction to guard a player's Dungeon.