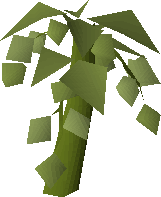 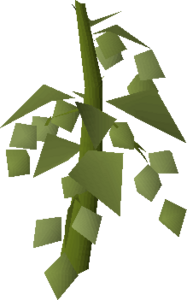 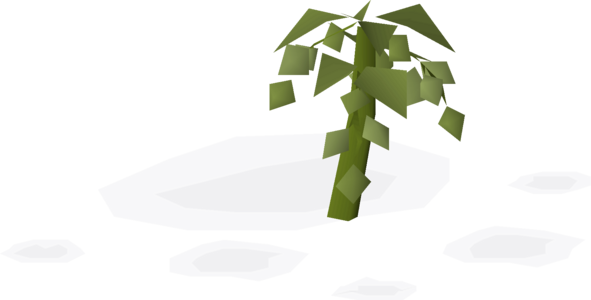 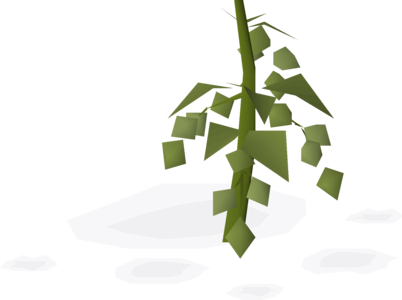 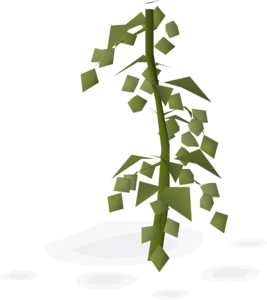 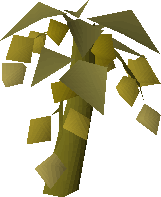 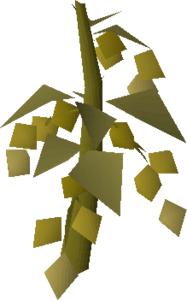 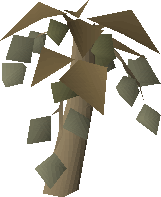 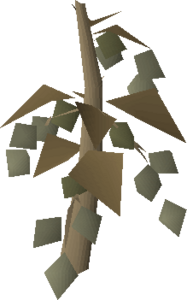 Hammerstone hops are a plant grown with the Farming skill. Level 4 farmers may plant Hammerstone seeds in Hops patches. A seed dibber is needed to plant the seed.

After 10 minutes or less, the planted seed will become Hammerstone hops. The hops patch must be raked clean of weeds. Compost or Super Compost may be added prior to planting, and once planted, the nearby farmer may be paid to watch over your hops at the cost of 1 marigold.

Hammerstone hops take 40 minutes to mature. An Amulet of nature may be bound to the patch to provide progress on its growth. Once mature, the hops produces up to 35 Hammerstone hops at a time without compost and 65 with ultracompost.

Planting the Hammerstone hops seeds gives 9 farming experience. No xp is given for checking on the hops. If the farmer does not watch the hops path, then disease on the patch may be removed using plant cure. However, if left alone, the diseased patch will die.

Each hop, when picked, gives 10 farming experience. The hops do not grow back after they are picked. The hops may be picked after the plant is completely grown.