From Old School RuneScape Wiki
< Haunted Mine
Jump to navigation Jump to search
The RuneScape Wiki also has an article on: rsw:Haunted Mine/Quick guide
This article is about the quest. For the haunted mine in which it is set, see Abandoned Mine.

The mine cart route solution.

If you mess up and the cart does not reach the ladder, you will need to grab another fungus, put it in the mine cart and send it down the track before continuing. 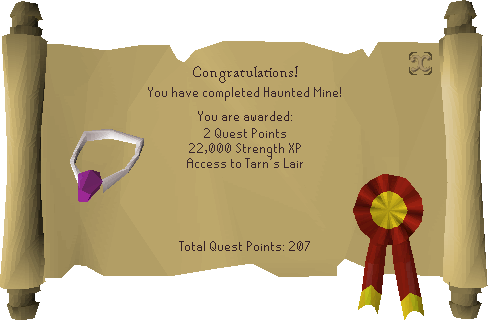