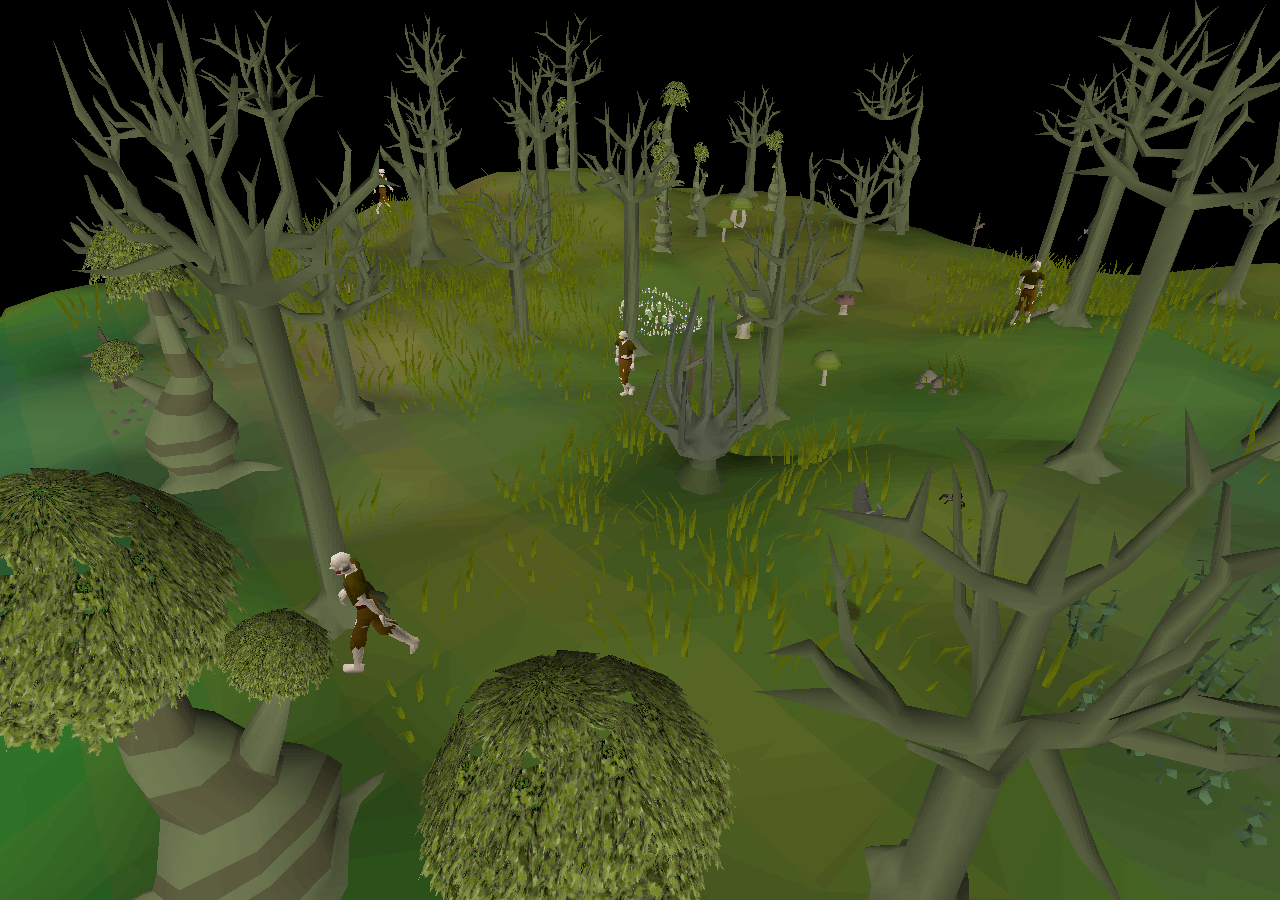 The Haunted Woods is a large swampy forest in Morytania. It is located east of Canifis and is home to leeches, swamp crabs and feral vampyres, all of which are aggressive. A certain kind of non-attackable spider can also be found in the Haunted Woods, they will summon a level 72 feral vampyre, if a player gets too close. There is a fairy ring (code ALQ) south of the Port Phasmatys farming patch.

The Haunted Woods is the only place, where hollow trees can be found, which can be cut for bark, it also contains a few yew trees to the far east, as well as a large number of non-interactable dead trees, as well as some dangerous undead trees similar to those found around Draynor Manor.

In the southwestern corner is the entrance to the Werewolf Agility Course and Werewolf Skullball. The player is required to wear a Ring of Charos to gain access.

During the Creature of Fenkenstrain quest, the player must dig at the grave of Ed Lestwit, which is located in the Haunted Woods. During Sins of the Father the player and the Myreque spy on Damien Leucurte after foiling his plan, this is also where they are first approached by Vanescula Drakan.

During a hard clue scroll you may be asked to perform the panic emote, provoking a visit from a double agent in the 'heart of the haunted woods. This can be found by the hollow tree, just east of the 'ALQ' fairy ring.