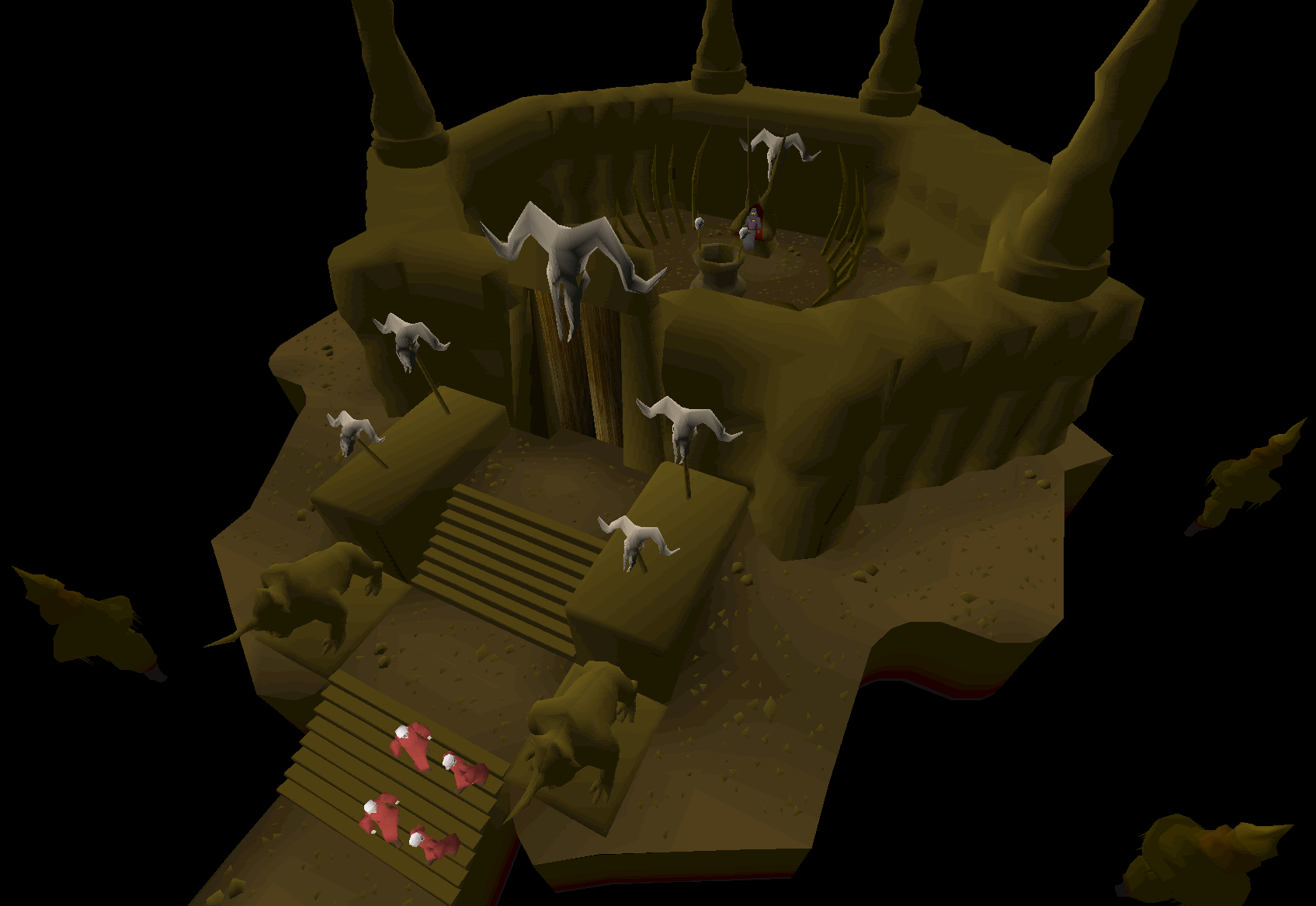 Iban's Temple is a small building located at the end of the Underground Pass Dungeon. It is visited briefly during the Underground Pass quest. During the quest, players must throw the Doll of Iban into the well at the centre of the temple while being hit by Iban's spells. Once the quest is complete, players can use the Well of Voyage found within the temple to travel to Tirannwn, the land of the elves.

This temple was created by Iban, Zamorak's disciple, as a stronghold. It is possible he knew of the powers of the Well of Voyage, but in any case, he destroyed the well.

You are required to have taken the Doll of Iban from the witch, killed the three demons nearby for their amulets to open a chest with the soul of Iban, have killed Kalrag for the blood of Iban, have looted his coffin (strangely, he has a coffin even though he is well and alive) for Iban's ashes, and have found the remnants of Iban's dove to enter the temple. You will be unable to enter if you are not wearing Zamorak robes, which can be purchased on the Grand Exchange and dropped by Disciples of Iban (found nearby). Once the Underground Pass quest has been completed, you are able to enter Iban's Temple without the Zamorak robes. You need to have jumped over five different Agility obstacles, which if you fail you will be hit for anywhere from 5-19 damage and end up on the lowest level, where Klank is. Kamen can give you food for 40 coins, though that is only necessary if you fall too many times.