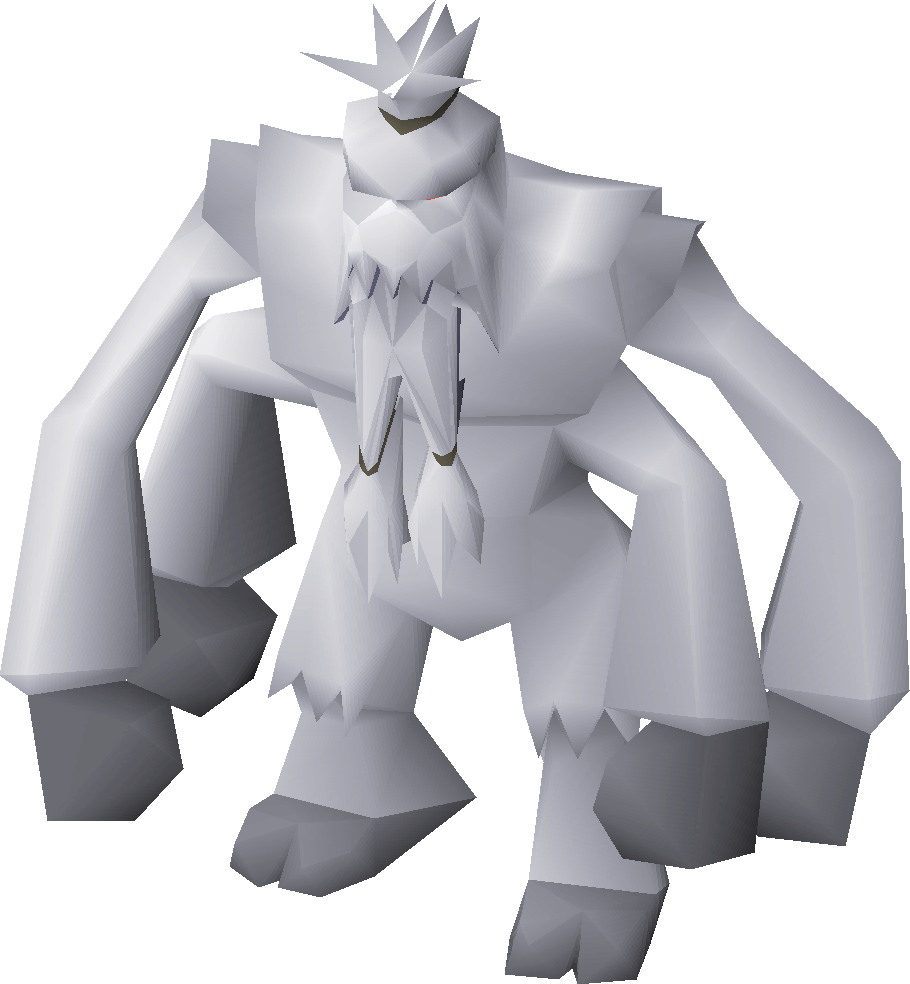 The Icelords are icy beings that live inside the Iceberg, and were found when Pescaling Pax moved much of the Penguin population to the Iceberg to prepare for the invasion of Gielinor. They have four arms, and are quite adept in using these to pummel their enemies into submission, while some prefer to hurl large icicles at adventurers. Pescaling Pax intends to use these as a strike force when they do invade the mainland.

Icelords are encountered during the Cold War quest. They are in a cage on the Penguin's Iceberg that is explored during the quest. After the quest is finished, they can be accessed by entering "A Crack" again, and re-entering the cage.

Inside the Cage, there are three Icelords that use melee, and one wielding icicles that uses ranged. They are weak to magic attacks, so it is recommended to use the best magic spell available to the player, or Dragon weapons.

The main reason for making the trip back to fight them is because they can be used as a replacement for Ice warriors during a Slayer task. They provide one more experience compared to Ice warriors. They also have an "advantage" of most of the time having only one drop, Big bones (they also drop Long bones rarely), negating the need for banking, therefore allowing them to be killed en masse. It is recommended that lower-levelled players (and most other players) bring a half-inventory of cakes, as these creatures do not hit hard or frequently, but it will add up as time goes on. This allows for greater numbers to be killed.

Killing an icelord will award you with a bonus 40 Attack experience.