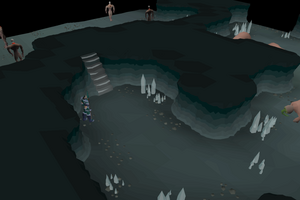 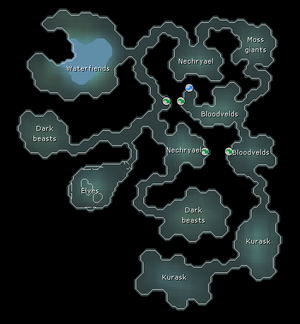 The Iorwerth Dungeon is a dungeon found in Prifddinas' Iorwerth district in the south-west part of the city, used by the Iorwerth Clan for training. Players have access to the dungeon after the completion of Song of the Elves quest; Konar quo Maten will also begin to be able to assign them to slay monsters in the dungeon.

Monsters in the dungeon have a chance of dropping crystal shards upon death.

Morvran can be found by the dungeon's exit.

The dungeon features two shortcuts, providing quick access to dark beasts, and travel between the nechryaels and bloodvelds.