Prayer is a slow skill to train for ironmen due to having to obtain every bone. Ideally, it is best to use every bone on an experience boosting altar, such as the Chaos Altar, Ectofuntus, or with high Construction, a gilded altar in the chapel of your player-owned house. A bone crusher can be used for passive experience while training when the bones dropped are not worth picking up.

Level 43 Prayer is a common early-game goal for

Protect from Missiles and 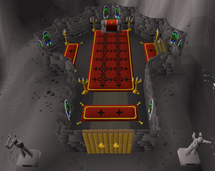 Offering bones at the chaos altar in the Chaos Temple, located in level 38 Wilderness, is the most efficient way to train Prayer, and should be used whenever possible.

The altar grants 350% experience per bone with an additional 50% chance that the bone offered at the altar will not be consumed. This method is riskier but notably faster overall than offering bones at the gilded altar considering the time it takes to gather the bones.

The altar can be reached by a Ghorrock Teleport ideally, or alternatively a Cemetery teleport or burning amulet.

It is recommended to 3 or 4-item with cheap gear that has high defensive stats. Bring some high-healing food in case player killers attack. A stack of noted bones can be brought and unnoted them at the nearby Elder Chaos druid (NPC), which is a riskier, but faster. Resupply by running south below level 20 Wilderness, teleport to a bank, such as Edgeville. Lumbridge and Camelot teleports are near banks on PvP worlds.

Alternatively, bring one inventory of bones at a time and suicide on the nearby wine of Zamorak spawn or the Chaos Fanatic to the north. Expedite this by self-damage items, such as an enchanted symbol, locator orb, or a dwarven rock cake.

Around 500,000 Prayer experience per hour should be possible even during peak times, but the number of player killers encountered varies. Change respawn points for more efficient runs.

Offer bones at your player-owned house gilded altar, requiring 75 Construction, for 2.5× experience with no incense burners lit, 3× experience with one, or 3.5× experience with both lit. If not unnoting bones at Phials in Rimmington, a PvP world can be used with Camelot Teleport to use the bank chest near Camelot castle for fast banking.

The Ectofuntus outside of Port Phasmatys rewards 4× Prayer experience per bone. Each bone must be ground through the bone grinder and put into a pot, then offered alongside a bucket of slime for experience and ecto-tokens, which can be claimed from ghost disciples. It is a safe alternative to the chaos altar before having a gilded altar.

Hardcore ironmen are recommended to use this instead of the chaos altar.

At 58 Agility, use the weathered wall when filling buckets of slime, then use the Ectophial teleport back up, which shortens trips dramatically. Buckets of slime can also be purchased from the Trader Crewmembers inside Port Phasmatys for 2 coins each, eliminating the need to gather slime.

After the completion of the medium Morytania Diary and higher, Robin will exchange bones for pots of bonemeal and buckets of slime daily.

With reanimation spells in the Arceuus spellbook, ensouled heads dropped by monsters can be reanimated and killed for Prayer experience. This method is slow and unpredictable, but by saving up heads to reanimate all at once, it can be good experience. 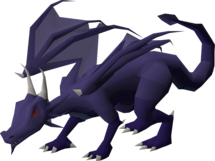 The best way to get dragon bones early on is to kill blue dragons in the Taverley Dungeon with Iban's Blast, which deals high damage even at lower levels compared to other weapons and spells. Underground Pass can be completed quite easily without Protect from Melee, however, the Dark Mage must be paid 200,000 coins to increase the amount of charges it can hold to 2,500. 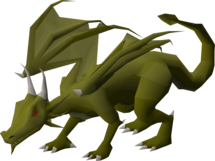 Kill green dragons in the Wilderness, but beware of player killers. Use a looting bag for extra looting space and longer trips. North of the Graveyard of Shadows and east of Boneyard Hunter area are easily accessible via a games necklace teleport to Corporeal Beast's Cave. West of the Dark Warriors' Fortress is safer but can be crowded.

It is recommended to collect enough dragon bones for 70 Prayer after getting high enough stats and access to total level worlds. Once the elite Wilderness Diary is completed, dragons dropped noted bones in the Wilderness, greatly increasing trip length for up to 300–330 dragons per hour when using the dragon hunter lance.

The fastest method of banking Prayer experience for hardcore ironmen is killing green dragons in the Myths' Guild basement after completion of Dragon Slayer II. Kill the 2 green dragons then kill blue dragons while waiting for the green dragons to respawn. The hides can also be looted, though it does make for more trips.

Prayer experience can be gained through Slayer as well. Ensouled heads dropped by monsters can be reanimated and killed for Prayer experience. The dragon hunter lance makes blue dragon tasks worthwhile and makes unlocking red dragons an additional unlock that may be considered. Killing Vorkath on task becomes very efficient with the dragon hunter lance and high stats, as it is very profitable and Vorkath also drops a lot of useful supplies. Dagannoth Kings may also be killed on task for noted dagannoth bones after completion of the elite Fremennik Diary.

Prior to completing Dragon Slayer II, Slayer can be used to get 70 Prayer banked with bones and ensouled heads which will be around 80 Slayer. Blue dragons are not worthwhile to rush for blue dragon tasks as they are significantly slower to kill than green dragons.

In mid and late-game, dragon bones are passive collected through bossing at Zulrah, Cerberus and Vorkath, which all drop significant amounts of noted dragon bones, and Alchemical Hydra drops two hydra bones per kill.