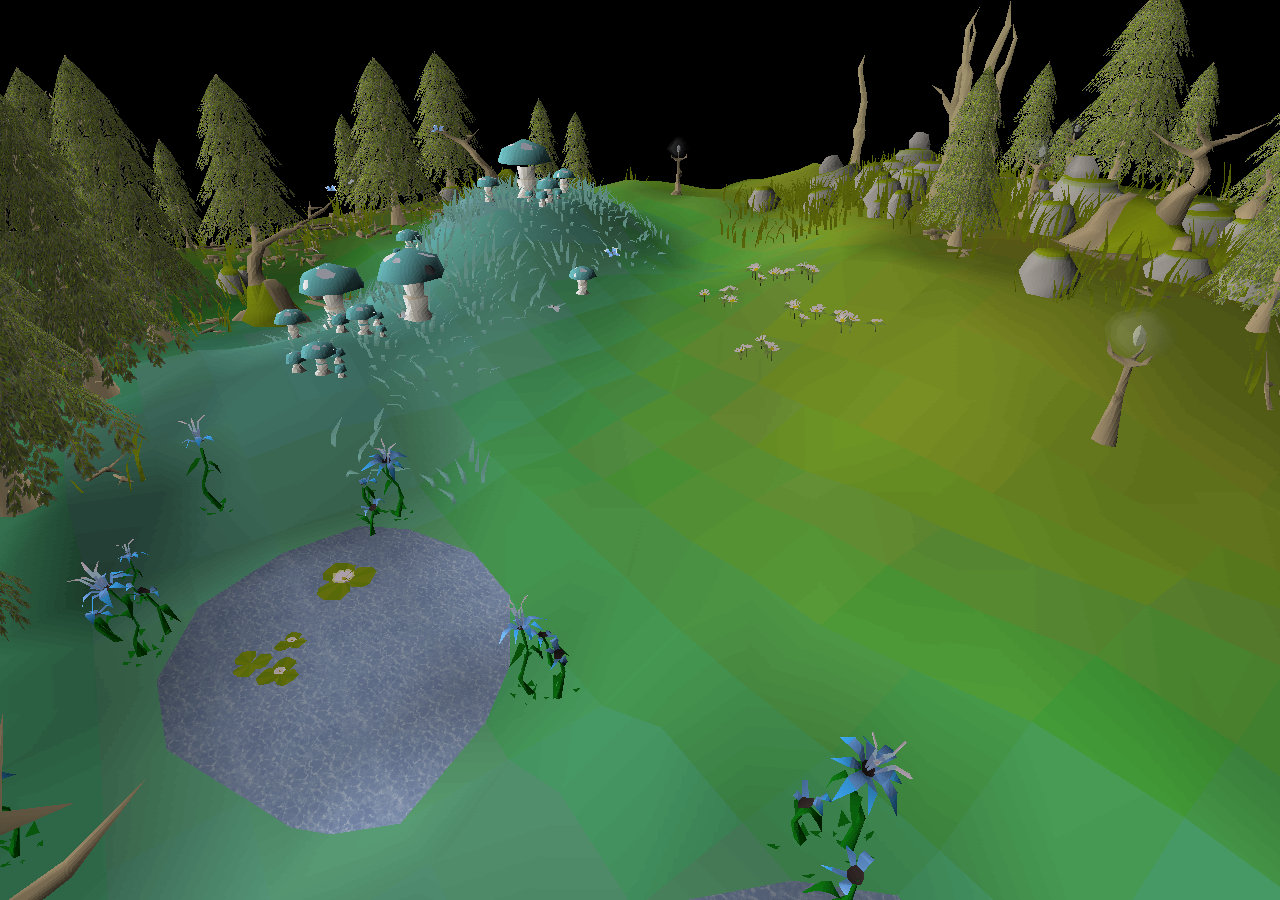 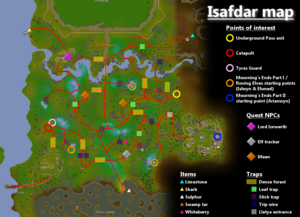 Isafdar is the elven forest. It is the largest part of the region Tirannwn.

Isafdar is located on the very western edge of the continent of Runescape. It is in Elven Lands, and is one of only four locations that they control at the time.

Isafdar is located just west of Lletya, and south of Prifddinas, the capital city of Tirannwn. It is reachable by the Underground Pass to the east, by Arandar to the northeast, as well as the Ports west of the forest.

Isafdar is blanketed with traps, from poison crossbows to pitfalls with spikes. If you are travelling through Isafdar, make sure that you thouroughly check where you're walking or you risk dying.

In addition to the traps, the forest is scattered with dire wolves, and grizzly bears. The dire wolves are usually found on the eastern and southern outskirts of the forest, and the bears usually travel in groups.

The fishing spots in the rivers of the forest contain fly fishing fish. At two spots at the south and southeast of the forest there are some yew and at the southeast spot some magic trees, and a mine with runite and adamantite rocks. At the northern edge of the river, along the ocean, there is also a fishing spot where players can big net fishing and harpoon for sharks.

Towards the northwest of Isafdar is the Iorwerth camp, which has a handful of Iorwerth Archers and warriors and a Spinning wheel.

In the southeast of Isafdar is the secret entrance leading to Lletya and in the southwest corner is the Tyras Camp.