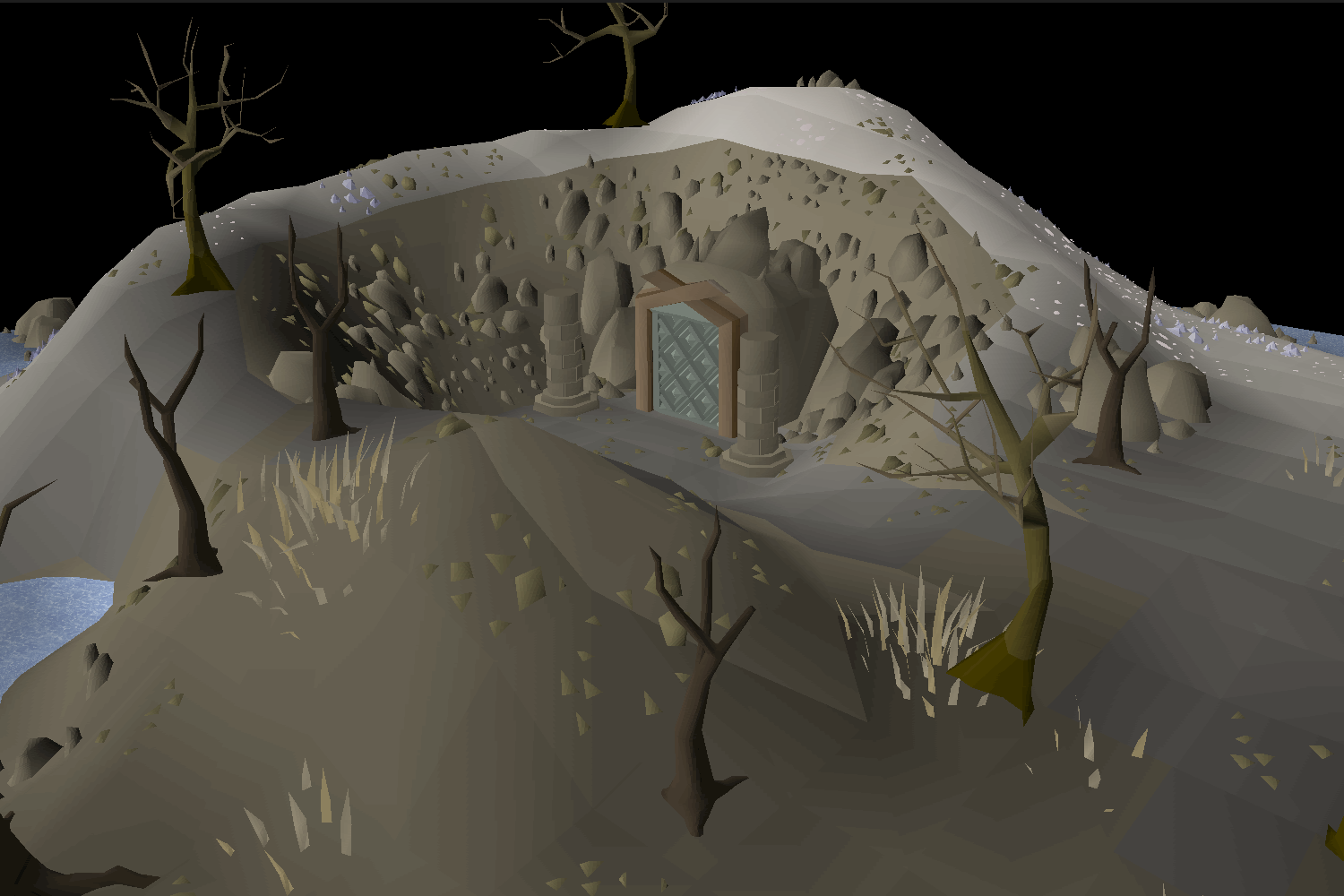 The Island of Stone is an island in the Lunar Sea, first accessed during The Fremennik Exiles, you can not go to the island before starting the quest. Here, the legendary warrior V imprisoned The Jormungand, where it remains to this day. It can be reached by boarding Haskell's boat directly north of Yrsa's Accoutrements.

After completion of The Fremennik Exiles, Jormungand's Prison can be accessed to find dagannoth, basilisk and basilisk knights.

You can only use a cannon in the rooms with dagannoth. When attempting to set up a Cannon elsewhere, the game will say, "The ground is too soft for you to set up a cannon here."

Getting to the island[edit | edit source]

Fast methods of getting to the island include teleport to Rellekka marketplace using Fremennik sea boots acquired through the Fremennik achievement diary and run to the west dock and speak to Haskell. The Lunar spells Waterbirth Teleport or Tele Group Waterbirth, which require 72 and 73 Magic respectively, take the player next to Jarvald who can take you back to Rellekka and onto the dock right next to Haskell.