From Old School RuneScape Wiki
Jump to: navigation, search
The RuneScape Wiki also has an article on: rsw:Jack (2006 Christmas event)
Not to be confused with Jack.

Jack is a non-player character players could save during the 2013 Christmas event. He could be found playing on Musa Point during the event. The event involved freezing gublinches to rescue the kidnapped children. The gublinch kidnapped the children to stoke the forges in their underground lair. If a player has completed the event, they will continue to see them playing at Musa Point. However, Jack can never be seen by players who did not complete the event at the time, making him a rare example of a discontinued non-player character. 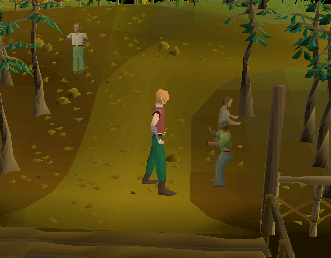