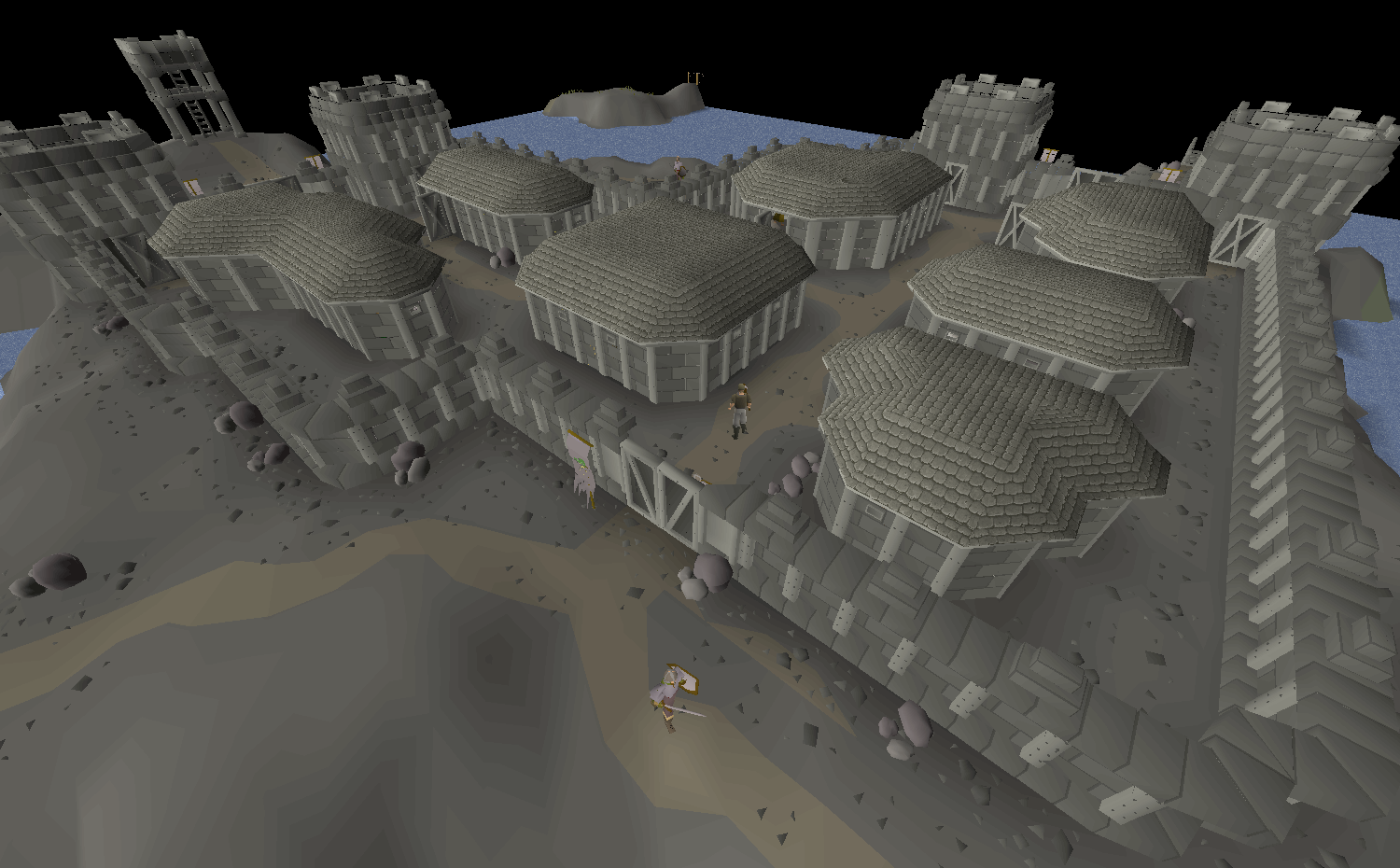 Jatizso (pronounced "Yah-tizz-so") is one of the islands which make up the Fremennik Isles. It can be accessed by talking to Mord Gunnars (requires completion of The Fremennik Trials) on the northeasternmost pier in Rellekka. It is ruled over by King Gjuki Sorvott IV, aided by his chancellor, Thorkel Silkbeard. Jatizso is a dull, grey island, whose population is heavily overtaxed and seem generally unhappy.

Jatizso's economy seems to revolve around mining, smithing, fishing and cooking, as its local resources are mainly ores and fish. The island has a number of resources useful to players:

There is currently only one teleport that can get you to Jatizso without the need of the boat, which is the Enchanted lyre after completion of the Elite Fremennik Diary.

Jatiszo is located north-west of Rellekka. There are several ways to get here: