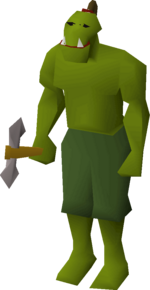 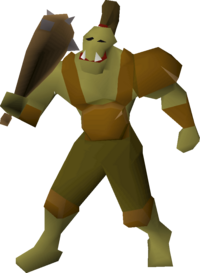 Jogres are a type of ogre that live in the jungles of Karamja. They are large and powerful, but their attacks are slow and they have low defence, allowing them to be killed quickly. They are a threat to lower levels exploring Karamja due to their high damage hits, but they are not aggressive to players who have a combat level of at least 107.

Jogres do NOT count for ogre tasks.

There is a 15/129 chance of rolling the uncommon seed drop table.

There is a 1/129 chance of rolling the gem drop table.