The banner hung after defeating the Jogre Champion.

The Jogre Champion can only be fought after receiving the jogre champion scroll as part of the Champions' Challenge minigame.

The special rule in this fight is that the player can only use melee or Magic.

The champion is capable of inflicting poison that starts at 8, so a form of antipoison is recommended. 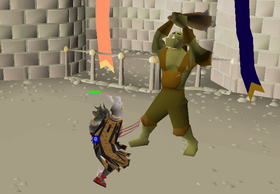 A player duels with the Jogre Champion. 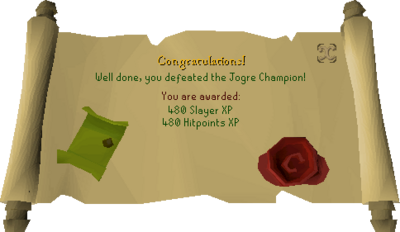