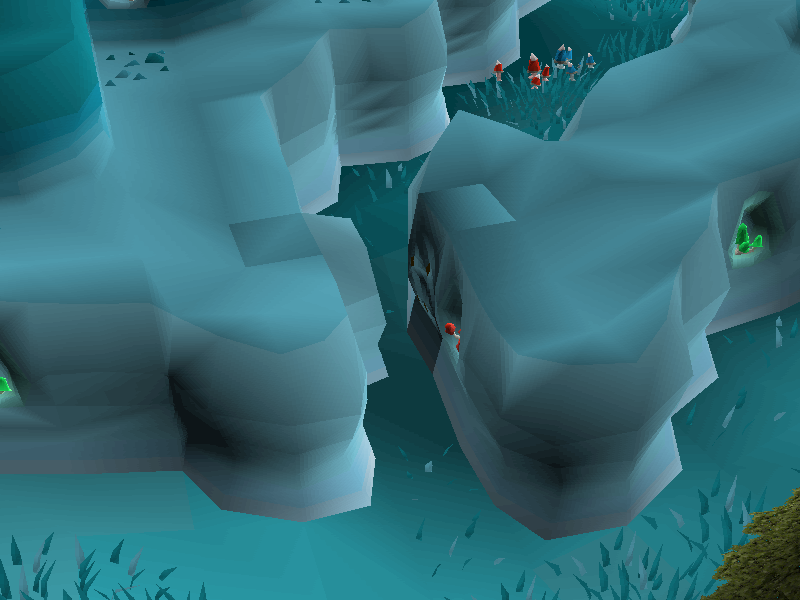 The jutting wall is a medium level Agility shortcut found to the south of Zanaris. An Agility level of 46 is required to use the shortcut. The shortcut is the slower of two that allows the player to save time by avoiding running through a winding tunnel to access the Cosmic altar.

It is possible for a player to take damage from the damaged wall across the jutting wall while traversing this shortcut, making this an unsuccessful attempt. In this case, they will be given 6 Agility XP. If they do not, it is considered a successful attempt, and they are awarded 10 Agility XP.