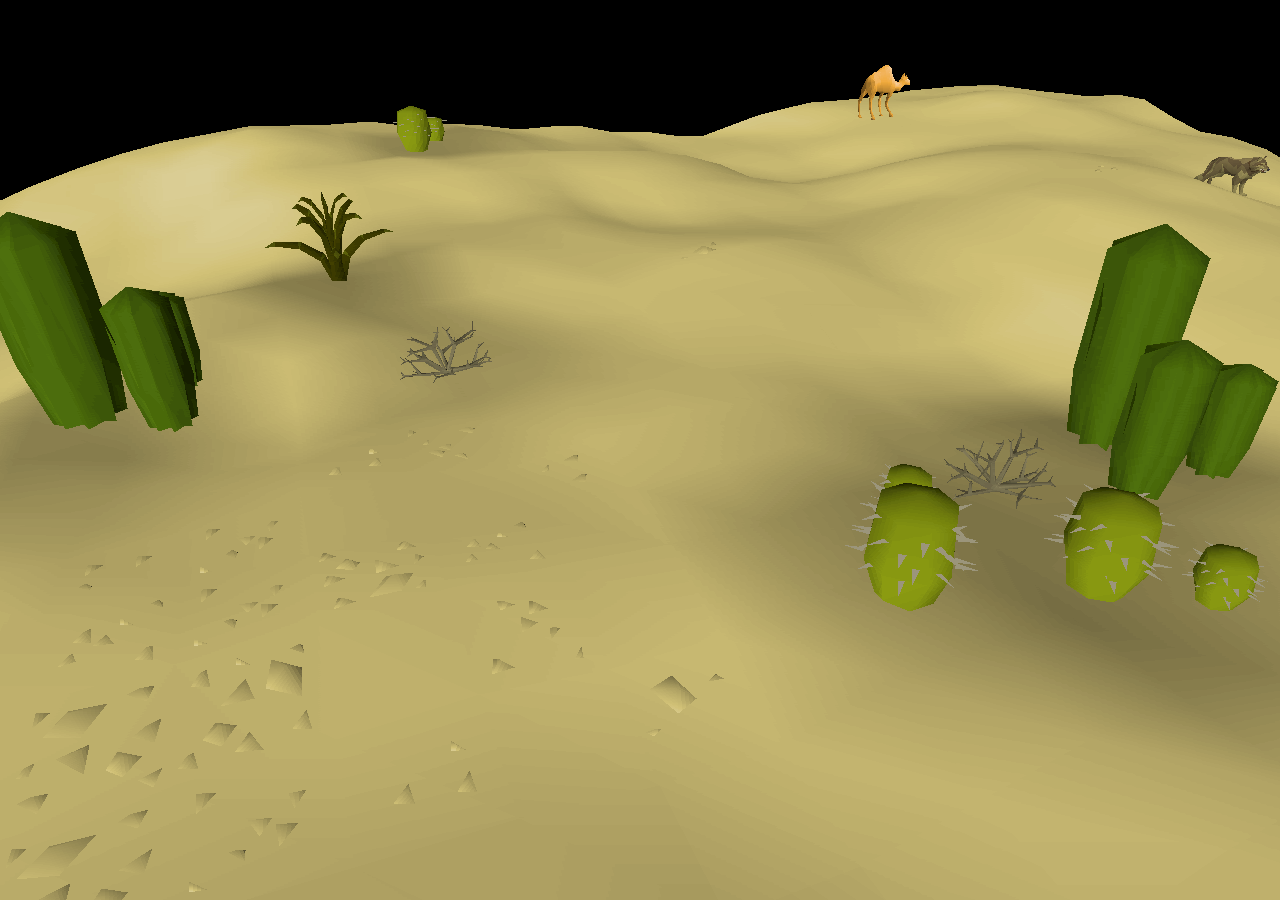 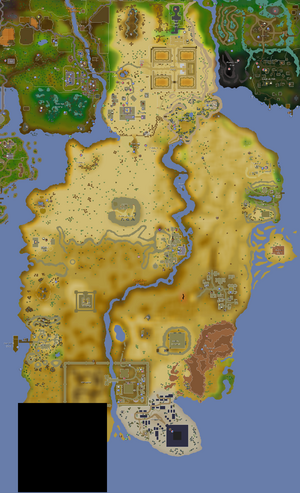 The Kharidian Desert is an expansive region located south of the nations of Misthalin and Morytania. The desert becomes a dangerous region south of the Shantay Pass, requiring a player to drink from waterskins or other sources of water to avoid dehydration. You will automatically drink every 90 seconds if you have a waterskin with charges in your inventory, the time between drinks can be extended by wearing heat-resistant gear. Failing to drink will cause the player to periodically lose hitpoints. Within the boundaries of towns, players are immune to desert heat and do not need to drink.

Players may quickly travel to certain locations by using magic carpet rides, some destinations are unavailable until certain quests have been completed.

The desert is still rather incomplete, largely surrounded by inaccessible black zones and the outright empty and inaccessible city Menaphos.

This region also has its own achievement diary that was released on 5 March 2015, along with many other diaries.