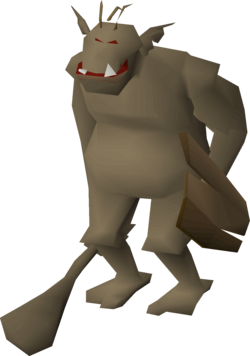 Kraka is a level 91 troll guarding Death Plateau. Since trolls are named after the first thing they ate, he probably ate a cracker (which would most likely be a reference to a Christmas cracker). He has a maximum hit of 23, so it is recommended to use Protect from Melee when fighting him. Like the rest of the "big, bad" trolls in the area, such as Stick, Pee Hat, and Rock, he may drop a rune warhammer or granite shield.