From Old School RuneScape Wiki
Jump to: navigation, search
This article is about the miniquest. For the dungeon itself, see Tarn's Lair.
The RuneScape Wiki also has an article on: rsw:The Lair of Tarn Razorlor

The Lair of Tarn Razorlor is located in south-western Morytania. It is a complex dungeon with lots of undead, and features a miniquest to kill Tarn Razorlor, unless you have a slayer ring, in which case you can simply teleport directly to him, kill him, and take the book that enhances salve amulets which spawns in the next room after he dies. 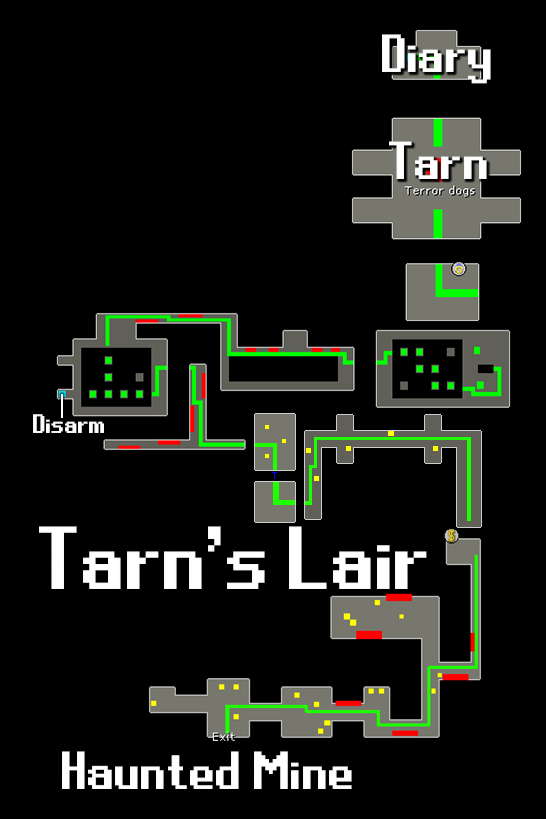 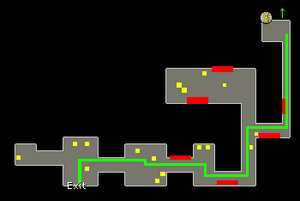 The bank here costs 100 coins per use.

The easiest way to get to Tarn is to teleport to Tarn's Lair via a slayer ring. This will bring you directly outside of the room with Tarn. Doing so will mean you can skip all of the traps and the entire route, and get right to the boss fight.

Alternatively, teleport to Canifis, then go via the Myreque shortcut to Burgh de Rott, or use the Minigame Group Finder and its teleport option for Shades of Mort'ton (activity). There is an Agility shortcut between the town of Burgh de Rott and the Haunted Mine area. Climb over the mine cart just south of the Zealot (featured in the Haunted Mine quest), and enter the haunted mine, then travel north and enter the lair. Upon entering the room, a cutscene will appear showing Mutant Tarn and two terror dogs.

The banker is to the northeast. To get there:

Getting to Tarn Razorlor[edit | edit source] 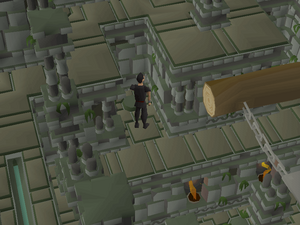 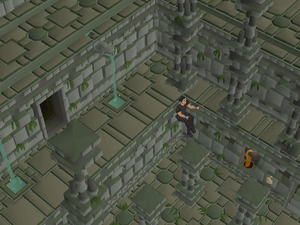 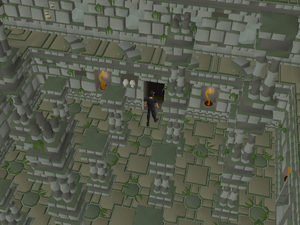 The last rest you get before fighting Tarn.

There are many traps and two ways to deal with them; slowly disarm each trap, or ignore the traps and take the damage. There are also numerous monsters and passages within the lair. 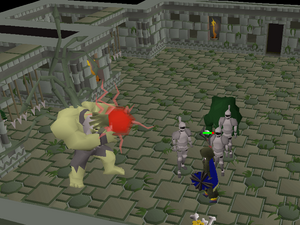 Tarn's Theme
The music which plays while fighting Tarn.

There is a prayer drain effect during this fight, so make sure that you're stocked up on prayer potions before entering, as you'll lose your prayer even if prayer-flicking.

Note: You will find it beneficial to kill a terror dog while you are here in order to complete a Medium Morytania task.