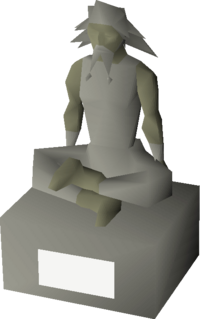 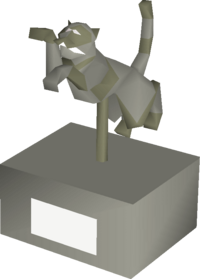 A large statue can be built in the Statue space of the Chapel in a player-owned house. It requires 89 Construction to build and when built, it gives 1,500 experience. The player must have a hammer and a saw in their inventory to build it.

Building one statue will also construct the other. The statue's form changes according to the Icon you have, for instance, if you have an Icon of Guthix, the statue will depict Guthix meditating. These statues are alike their counterparts at the Mage Arena in the Wilderness.