From Old School RuneScape Wiki
(Redirected from Law alter)
Jump to: navigation, search
The RuneScape Wiki also has an article on: rsw:Law altar 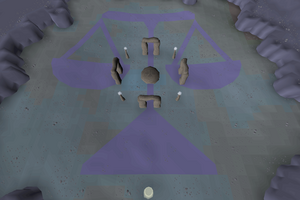 Inside the Law altar. 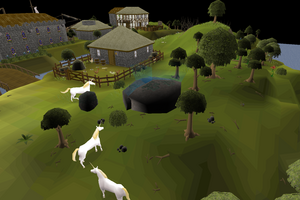 Outside the Law altar.

The Law Altar is a runecrafting altar located on the northeastern side of the Saradominist island of Entrana. It is used to craft law runes from pure essence, providing 9.5 Runecraft experience requiring level 54 Runecraft.

Please note that as the altar is found on Entrana, no weapons or armour can be taken to the altar. See the list of equipment for the complete list of allowed and banned items.

A law tiara may be created at this altar by having a law talisman and a normal tiara in your inventory. The player must use the tiara on the altar. Doing so will earn 47.5 Runecraft experience.