From Old School RuneScape Wiki
Jump to: navigation, search
The RuneScape Wiki also has an article on: rsw:Light orb
Not to be confused with Orb of light.
Light orb? (edit)? (edit) 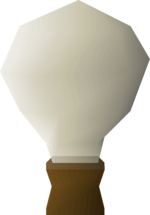 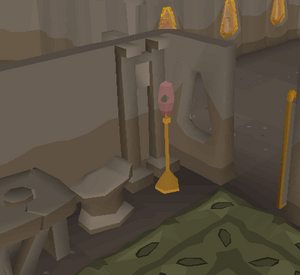 A broken lamp in Dorgesh-Kaan. 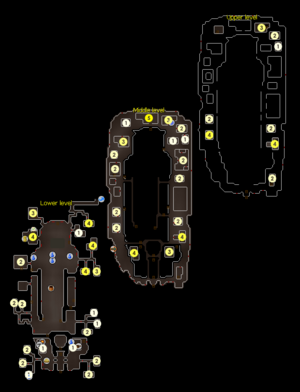 A map of all possible broken lamp locations that require a new Light orb to grant Firemaking experience.

Light orbs can be used to fix magical lamps in Dorgesh-Kaan. Level 52 Firemaking is needed to fix a lamp, giving 1,000 Firemaking experience. When a player has replaced 100 light orbs they will receive the message "You have replaced 100 orbs and have gained extra experience." The bonus received is 5,000 Firemaking experience. Mostly, broken lamps are found on the second and third floor. The large street lamps throughout Dorgesh-Kaan never need replacing. Because of this it is rare to encounter a broken lamp. However, if repairing lamps is combined with Thieving training on Dorgesh-Kaan average and rich chests then one may encounter up to seven (7) broken lamps on a single complete circuit; if one visits every room, including those without chests. It is important to note that world-hopping will not help the player find a broken lamp faster as their state of repair is not unique to each world, fixing a lamp in one world will fix that particular lamp in all others.

In addition to making light orbs via the Crafting skill (requires 87 Crafting), complete light orbs are sometimes obtained from Dorgesh-Kaan Average Chests, specifically from the chest on the 2nd floor in Oldak's house. Empty light orbs are obtained by looting a chest only slightly more frequently than completed light orbs. However, given the player has sufficient levels in Crafting and Thieving, training Thieving and Firemaking together in Dorgesh-Kaan is reasonably efficient.

A Light orb is needed for a Sherlock elite clue-scroll step.

Despite the large amount of Firemaking experience given, finding the broken lamps can be frustrating. It may be useful to make fires in the city and take quick glances at nearby lamps in hope of a broken lamp being found, though don't go asking people if they have seen any because they are different for each person.