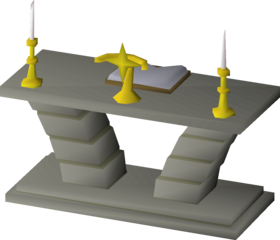 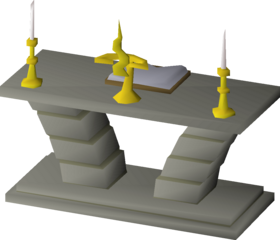 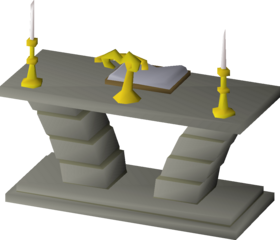 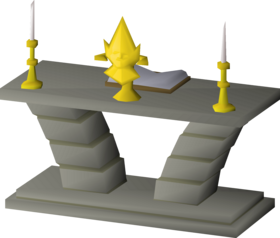 A limestone altar can be built in the Altar space of the Chapel in a player-owned house. It requires 64 Construction to build and when built, it gives 910 experience. The player must have a hammer and a saw in their inventory to build it.

Players may prefer building this altar instead of the higher-level marble altar and gilded altar, as the limestone altar is the highest-level altar that does not require marble blocks to build.