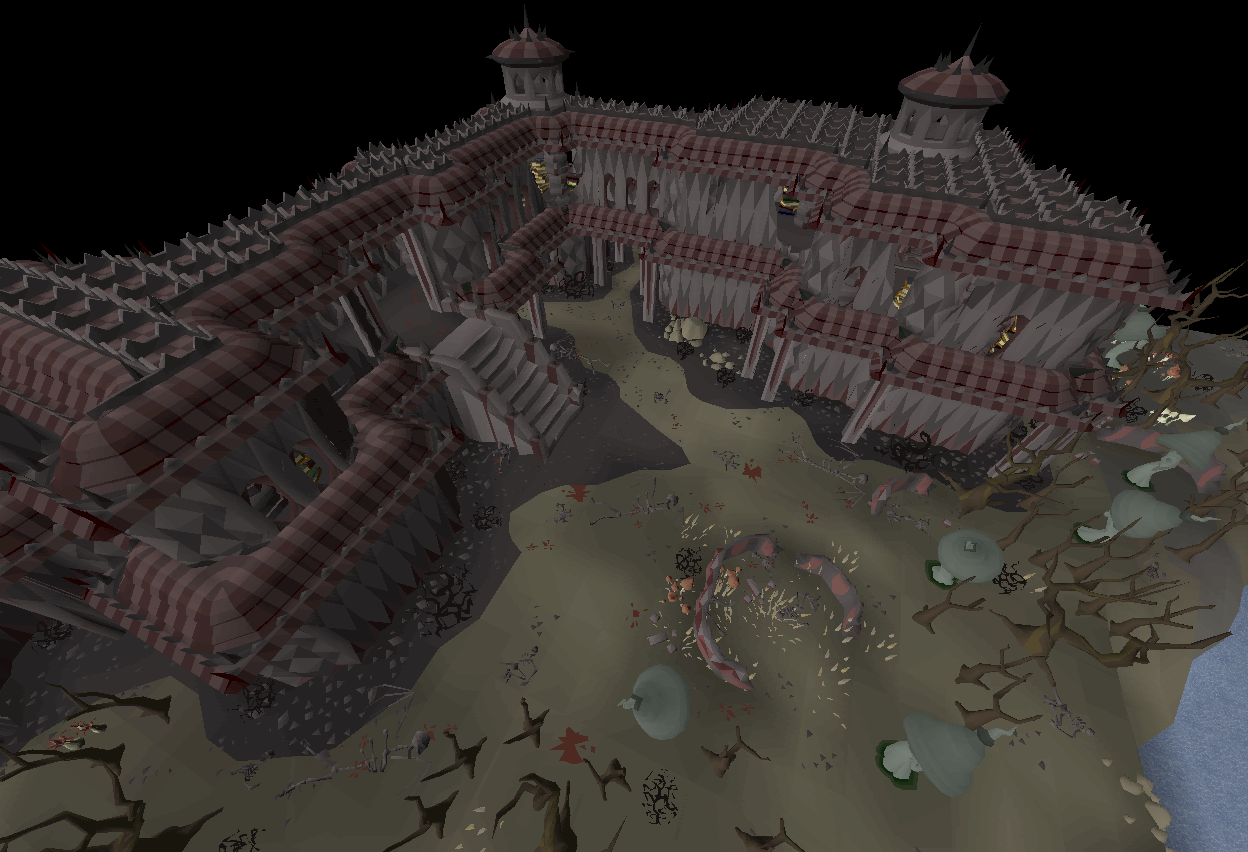 Lithkren is an island found north-west of Fossil Island. In the dragonkin language, it is translated as "Superior fortress". The island is visited during Dragon Slayer II.

Sometime during the Dragonkin Conflicts, it was used as the base of operations for Zorgoth's experiments, which took place underneath the fortress in the Vault. However, it was eventually discovered by humans, who then launched an assault on the island.

After the completion of Dragon Slayer II, adamant and rune dragons can also be found roaming the west and east wings of the facility, respectively, behind the red barriers. These barriers can only be entered once the quest has been completed. The rowboat to travel to Lithkren is located south-west of Mushroom Meadow Mushtree.

North of the rune dragons lies a strange machine, which when a Digsite pendant is used on it, will allow all future digsite pendants to teleport the player straight to Lithkren.