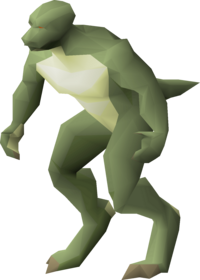 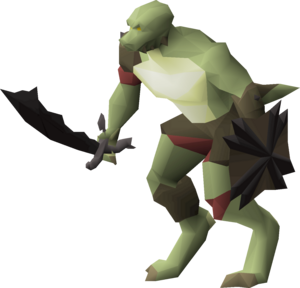 Lizardmen brute are reptilian humanoids that inhabit the Lizardman Canyon, the Lizardman Settlement and the Battlefront. Players are only able to kill them within the Canyon once they earn 5% Shayzien favour; killing them elsewhere requires no favour. Each lizardman killed increases Shayzien favour by 0.1%.

Although brutes in the Battlefront wield a sword and shield, they have the same stats as regular brutes.

Drop rates estimated based on 157,189 kills from the Drop Rate Project, unless otherwise cited.

There is a 15/67 chance of rolling the uncommon seed drop table.