Making Friends with My Arm/Quick guide

Items required: None.
Items recommended: Weight-reducing clothing and stamina potions, a teleport to Draynor Village, Dramen or Lunar staff, food for next part unless banking.

Items required: Any pickaxe and rope (both obtainable during this part), Mining and Agility level boost (if necessary).
Items recommended: Weight-reducing clothing and stamina potions, a teleport to Draynor Village (at least 2 teleport uses, such as an amulet of glory(2) ), food for failing obstacles. 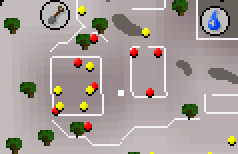 If you did not bring a rope, search the wrecked boat for one. Take a pickaxe too as you'll need it later. 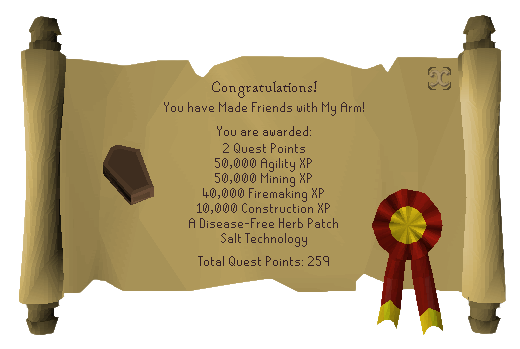