From Old School RuneScape Wiki
Jump to navigation Jump to search
The RuneScape Wiki also has an article on: rsw:Maple Tree (Farming)
This article is about the crop. For the object, see Maple tree.
Maple TreeTree stump? (edit) 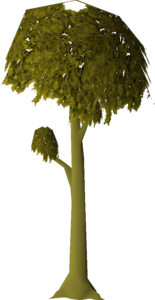 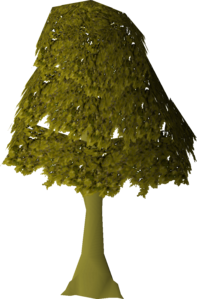 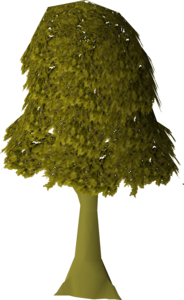 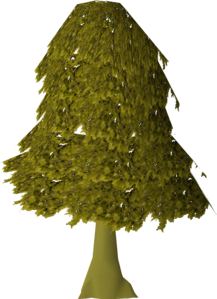 Maple trees are Farming plants grown at level 45 Farming. A maple tree is grown by planting a maple seed in a filled plant pot. A gardening trowel is needed to plant the seed, then it must be watered.

After 15 minutes or less, the planted seed will become a Maple sapling and can then be transferred to a tree patch. The tree patch must be raked clean of weeds. Compost or Super Compost may be added prior to planting, and once planted (using a spade), the nearby farmer may be paid to watch over your tree. Payment is 1 Basket of oranges and optionally may be noted to save you space.

A Maple tree sapling takes 5.33 hours (320 minutes) to mature. An Amulet of nature may be bound to the patch to provide progress on its growth. A fully grown Maple tree can be cut to yield Maple logs and grant Woodcutting experience. After it is cut down, it will eventually regrow, or a spade may be used on the stump to produce Maple roots and clear the patch for planting a new tree. The amount of roots given depends on the player's Farming level (boosts can be used):