From Old School RuneScape Wiki
Jump to: navigation, search
The RuneScape Wiki also has an article on: rsw:Mausoleum
This article is about the location. For the music track, see Mausoleum (music track).
Mausoleum 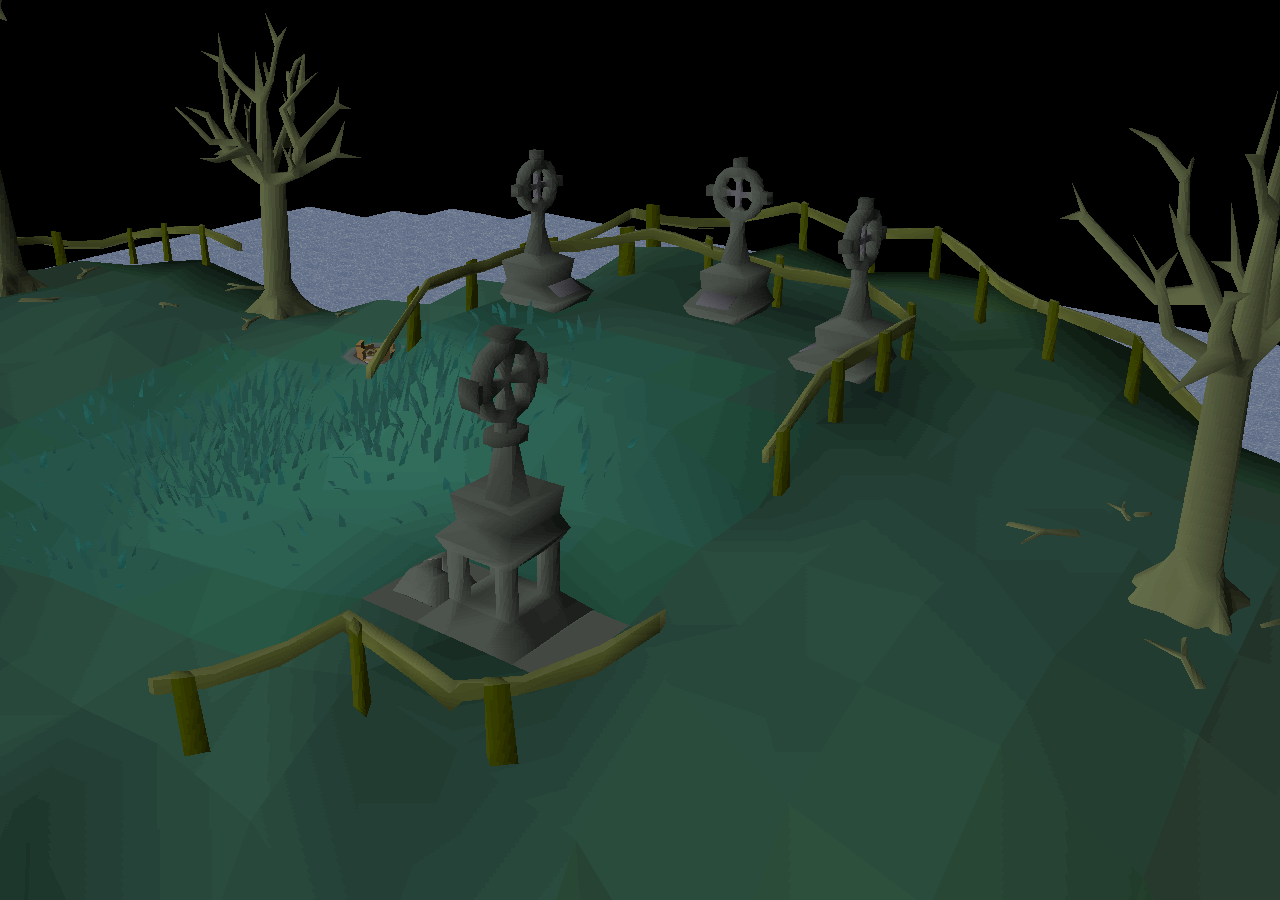 The Mausoleum is a small graveyard located on a small island off the coast of Morytania. The mausoleum contains the remains of the previous lords of Fenkenstrain's Castle. The bridge leading to the island is broken, and the only way of getting to it is through the Experiment Cave during or after the Creature of Fenkenstrain quest.

East of Fenkenstrain's Castle a small graveyard can be found, and by pushing on the east memorial, the dungeon entrance will open. The stairs to the mausoleum can be found at the other end of the cave, in the north-west corner. The only things of interest here are a few graves ransacked during Creature of Fenkenstrain.