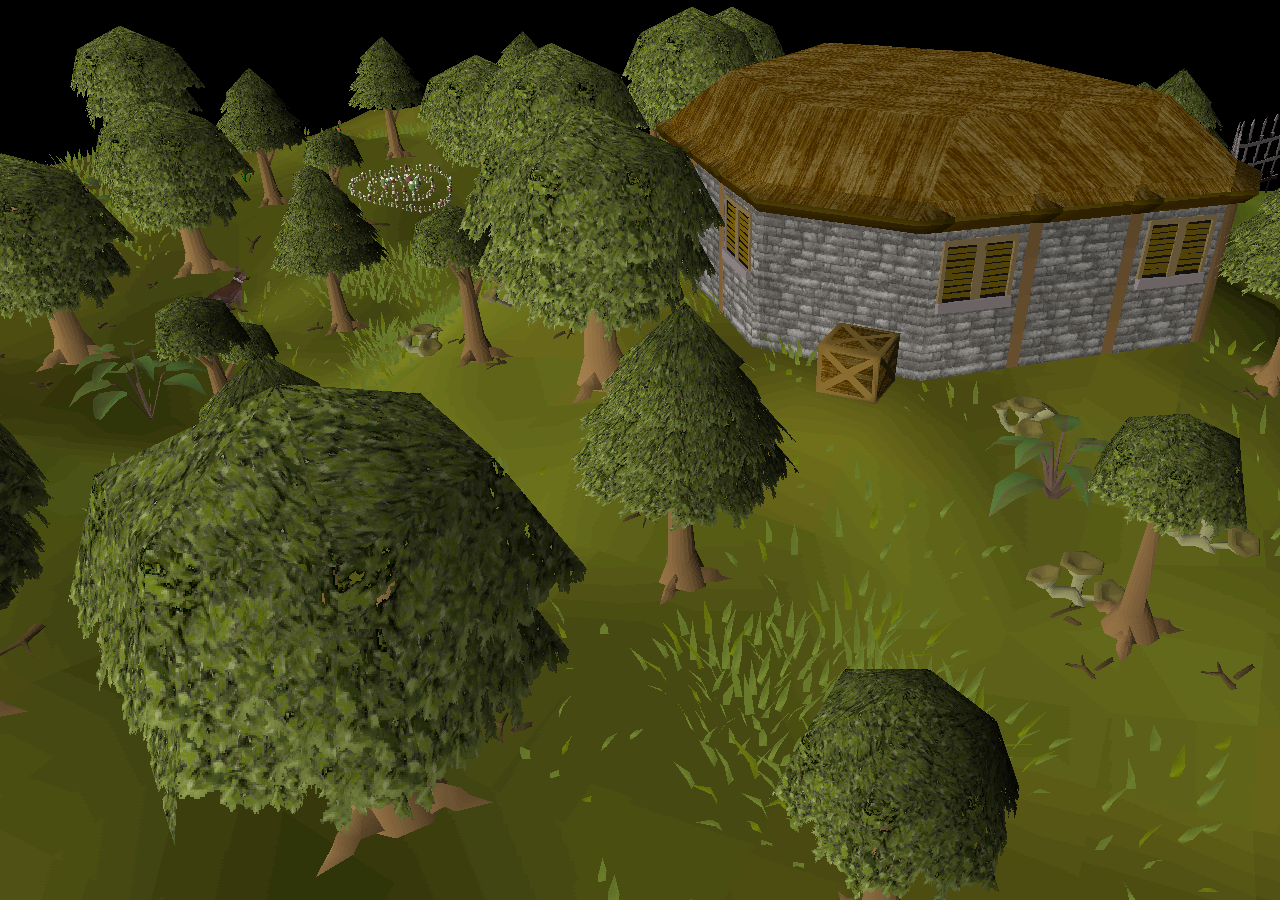 McGrubor's Wood is a wooded, fenced-in area north of Hemenster and west of Seers' Village, used primarily for quests. There are two ways in and out: a loose section of the northern railing, and a fairy ring with code ALS.

Inside the fence, guarding the wood, are aggressive level 44 guard dogs. They have low hp but high attack, and are dangerous to pures or low defence accounts.

Once inside, players can gather Dwellberries for the Plague City Quest, or red vine worms for the Fishing Contest quest. There is a chance that Solus Dellagar will appear here during the Wanted! quest. The little shack in the middle of the wood can be entered with a shiny key after completing the Temple of Ikov quest.

There is a crate that is the solution to a map clue during a Treasure Trail.

Although there are many trees in the wood, training is not advised due to the guard dogs and the fact that there are only normal and oak trees.