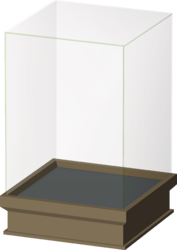 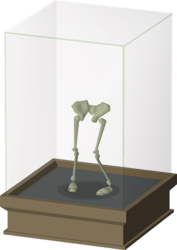 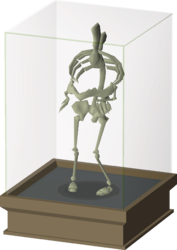 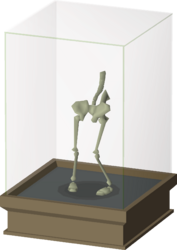 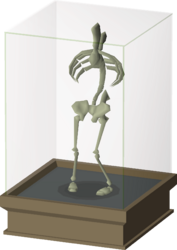 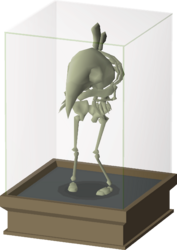 The gobln merfsh[sic] medium fossil display is one of the twelve medium fossil displays found on the Paleontology floor of the Varrock Museum. It's made by adding a medium fossilised limb, spine, rib, pelvis, and skull to the medium display case in that order. After all of the fossils are added, it can only be examined.

When speaking with David about the display, it becomes apparent that he doesn't know anything about it, or anything else in the wing. He'll either tell you that it "appears to be thousands of years old," or that he knows a lot about the fossil, but "can't share the information right now."