Items Required: Lemon, grapes, pestle and mortar, Translation book (if you kept it from The Grand Tree Quest), normal logs, no weapons or armour. Recommended: some magic logs (bring an extra 3 if you have not opened the balloon route to the Grand Tree)

Below is a map of Kruk's Dungeon. You have two different routes that they can take through the dungeon - one through the agility section of the dungeon (starting at the dodgy ground a little bit south), and one that goes through a series of rooms filled with aggressive mobs using both Melee and Ranged (extreme south). The player may choose which route to take, but the exact routes in each room varies from player to player - in each section/room there are two possible exits and only one will be correct for your player. 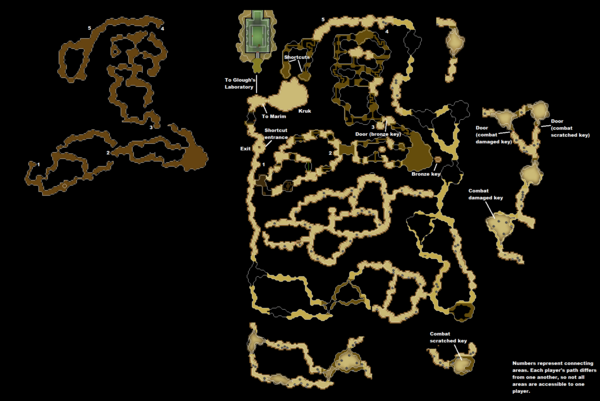 If you fall into the lower levels of the dungeon while failing an agility obstacle, you will fall into a pit that is filled with maniacal monkeys in a multi-combat area. Pray melee immediately or you will die.

On the agility path:[edit | edit source]

Note: if using a 3rd party client, be sure to disable display settings such as Low Detail plugins, as it can cause graphical issues while doing the agility path.

On the tank path:[edit | edit source] 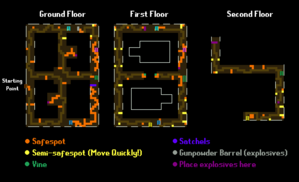 A labelled map of the airship platform. The green ladder on the first floor can go up or down. 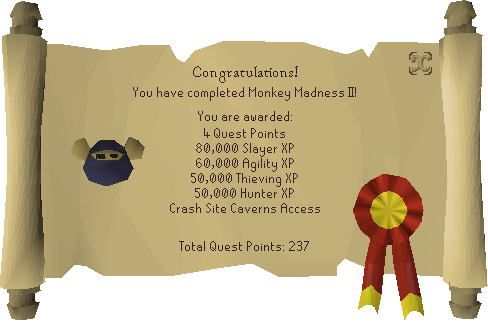