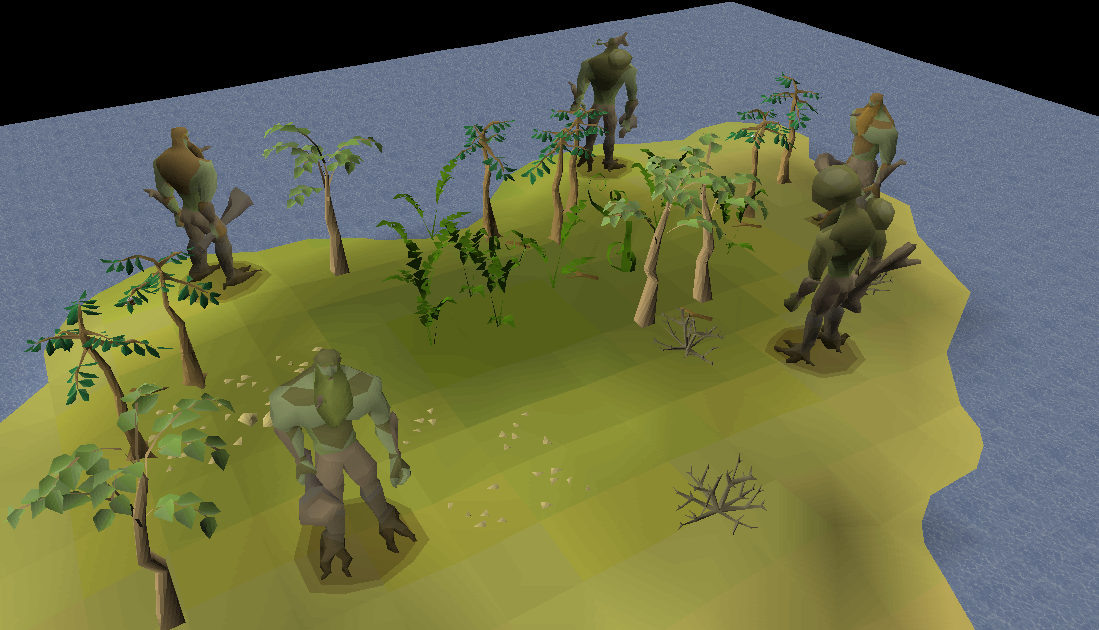 Moss Giant Island is a small island located west of Brimhaven. The island has five moss giants, and requires 10 Agility (Ropeswing) to access it. The island offers very good safespots to kill moss giants. Beware of the Poison Scorpions near the island.

There are two slice of cake spawns, which have a respawn time of 45 seconds. Players with 40+ Defence do not need to bring much food because of this resource.

Players can safespot the moss giants by using the south shore and middle between the trees north of the island.