Most of a Zombie 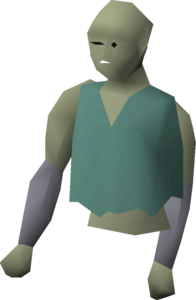 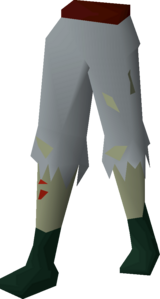 Most of a Zombie are remnants from the 2005 Halloween event that still exist within the game cache, but cannot be found anywhere in-game.

During the event, Most of a Zombie was the result of calling-over or insulting a zombie in Lumbridge Swamp. Calling-over a zombie would cause them to split at the waist into the upper and lower halves of their body, while insulting them would decapitate them, leaving behind a Zombie Head and the headless rest of their body.