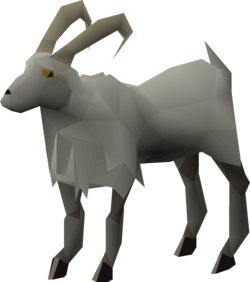 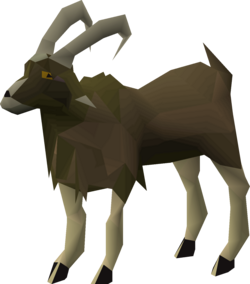 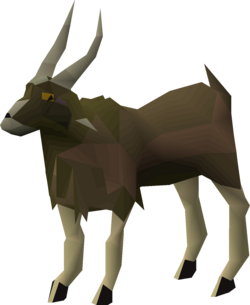 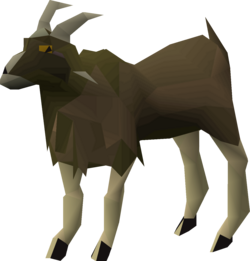 Mountain goats are animals that can be in the mountains around Troll Country, specifically the top of Trollheim, south of Mount Quidamortem, the cliff overlooking Death Plateau, around the ice troll settlement of Weiss, and inside a cage in the Troll kitchen ready to be cooked, although Burntmeat the troll cook prefers to cook humans if he gets the chance.

Eadgar (who lives in the cave on top of Trollheim) turns them into goat stew, if a player gives him some logs for his fire; he will give them some stew which heals 20 hitpoints.

As they appear in a cage in the kitchen of the Troll Stronghold and in a pen in Weiss, mountain goat appears to be a staple in the diet of those who live in Troll Country.