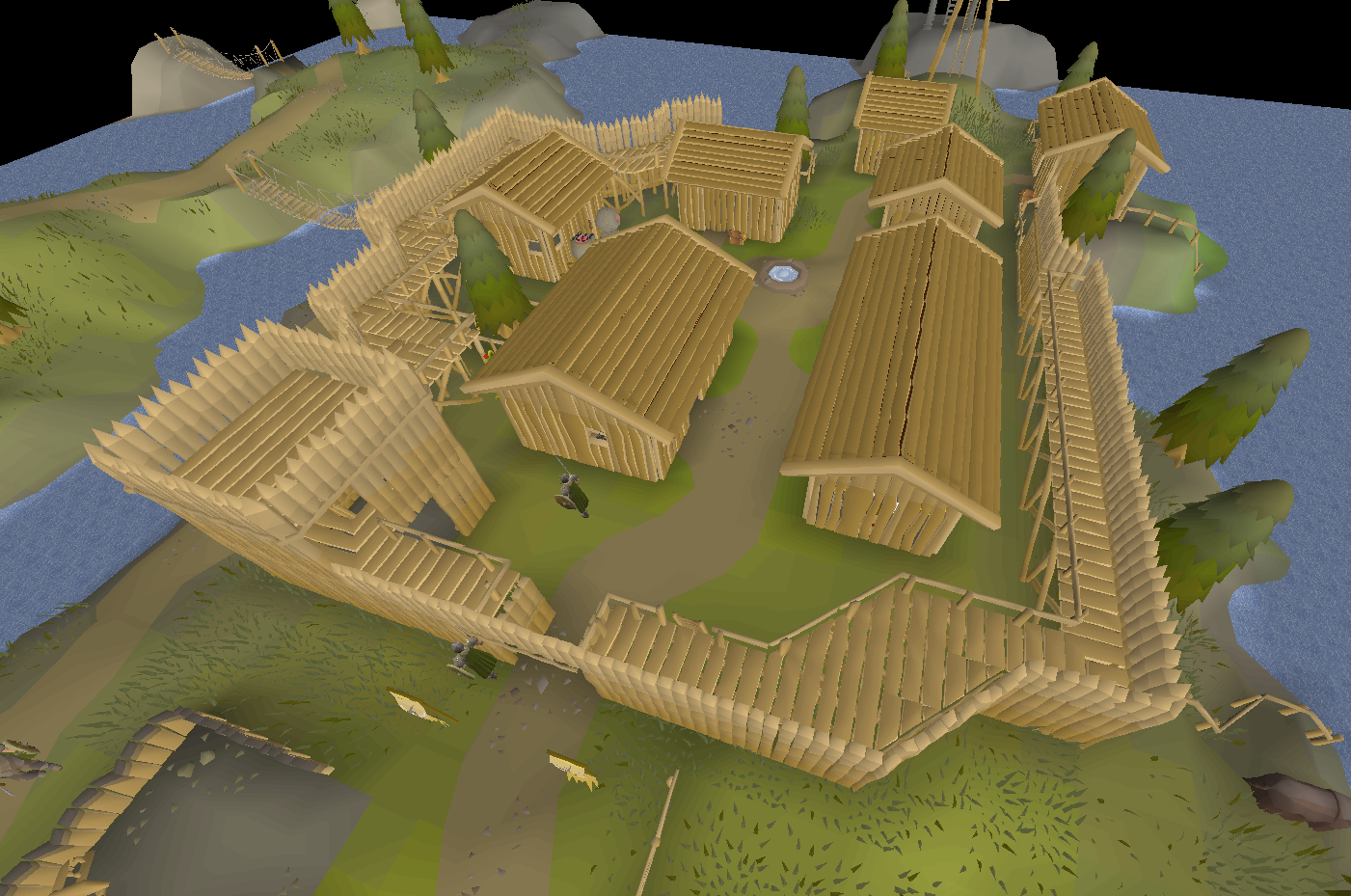 Neitiznot (pronounced NAY-tizz-not) is a fortified town on one of the Fremennik Isles that can be accessed by talking to Maria Gunnars on the northeasternmost pier in Rellekka. This requires the completion of The Fremennik Trials as well as starting The Fremennik Isles. Neitiznot was founded by King Neitiznot; his counterpart, King Jatizso, founded the opposing village, Jatizso.

During and after the quest the village offers the following advantages:

Neitiznot is a better place than Jatizso to train on ice trolls without a cannon, because there's a lot fewer trolls than on Jatizso, and you also have level 115 Honour guards helping you.

There is currently only one teleport that can get you to Neitiznot without the need of the boat, which is the Enchanted lyre after completion of the Elite Fremennik Diary.

Over a hundred years ago, two Fremennik brothers, Neitiznot and Jatizso, were banished by their father (who was the king of Rellekka at the time) for their often frustrating rivalry between each other. Shortly after their banishment, they stumbled upon two neighbouring islands northwest of Rellekka. Neitiznot chose the island to the west and named its community after himself. Some time later he was confronted by his brother Jatizso who demanded the island for his own (it is unknown if he knew Jatizso was on the other island and may have been planning to visit it). Neitiznot came out and denied his demand, and the feud continued. To this day, Neitiznot's descendants still have a fierce rivalry with the citizens of Jatizso.

Since it is in the north it snows most of the year and cold winds blow through it year round (shown by the trees shaking). However, unlike its sister island Jatizso it has good soil for growing trees and plants. It's divided into two islands, the southern and northern island. The southern part houses the settlement of Neitiznot and the yaks. The northern one is currently infested with trolls who are fighting the Honour guard of Neitiznot. It does contain however, a large amount of Arctic Pine trees, a vein of runite ore, and some coal ore.

To the north of the village: