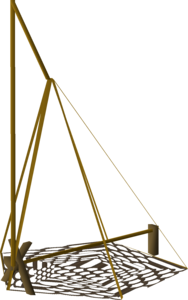 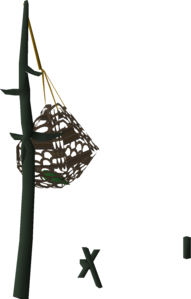 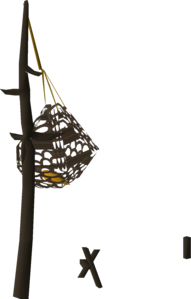 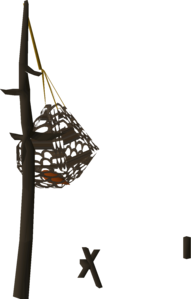 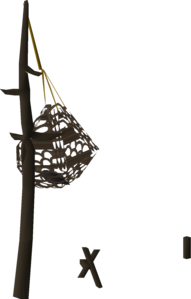 A player setting up a net trap to catch an orange salamander.

A net trap is a type of trap used in the Hunter skill. The net trapping technique is used to catch salamanders. With the required Hunter level, a rope and small fishing net in the inventory, clicking on a young tree will set the trap. When the lizard or salamander passes the trap, it may be caught, but only when the player is not standing on the net.

If the prey is successfully caught, the net will close in around the animal, and the player will have the option to "check" the net trap. If not successful, the tree will snap back to its original position, and the small fishing net and rope will appear on the ground, which the player should pick up, or it will eventually disappear in approximately a minute.

The following Hunter creatures may be caught using the net trapping technique.

Net trapping can be done with multiple traps at once, with the maximum amount of traps depending on the player's Hunter level.

An extra trap may be set while hunting black salamanders and Black chinchompas in the Wilderness.