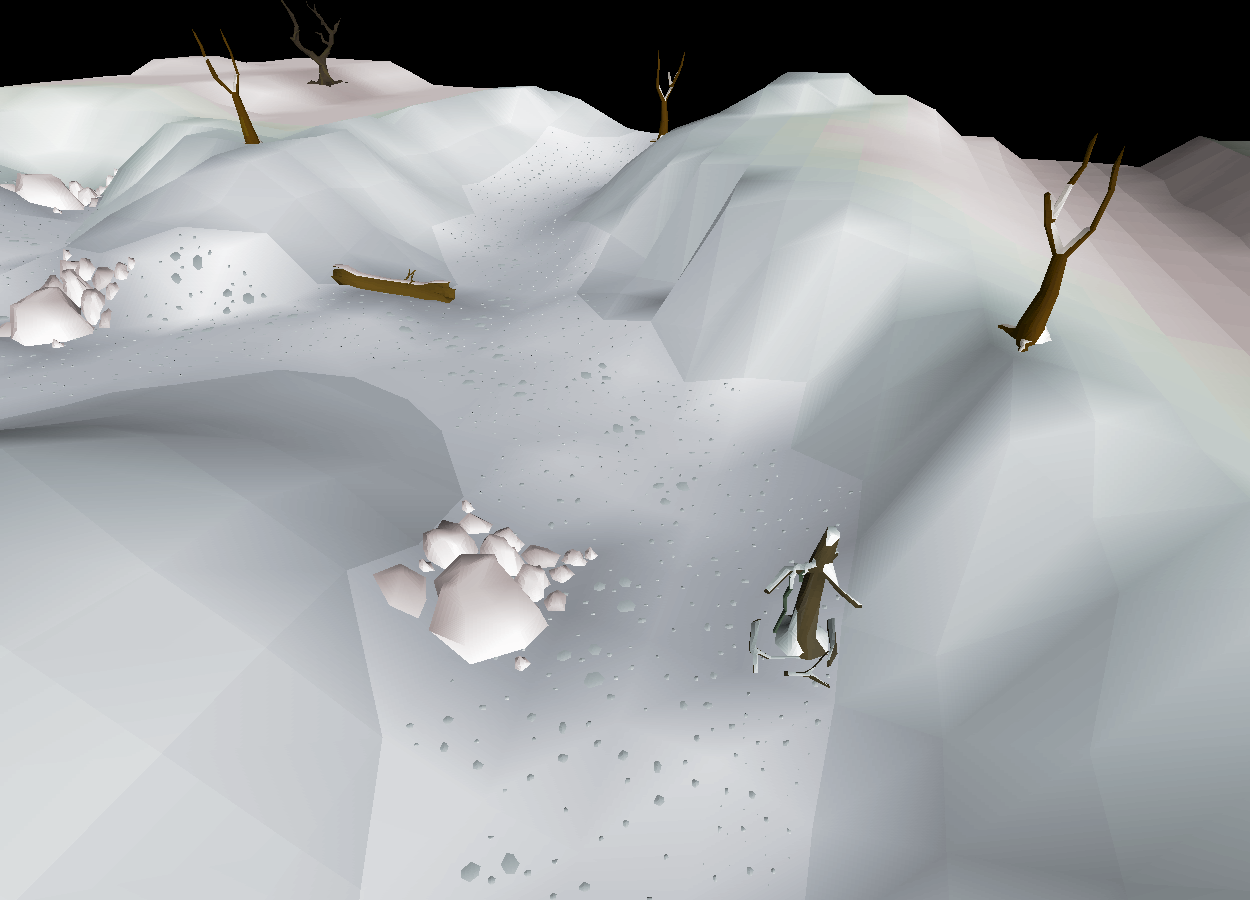 The Northern Tundras,[1] also known as the Frozen Tundra of the North,[2] is a snowy region north of Arceuus in Great Kourend.

The tundra consists of rocky cliffs and mountain passes covered in snow all year round. In the centre of the tundra lies the Wintertodt prison, where it has been imprisoned for over 1,300 years.

The River of Souls appears to begin in a mountain found in the Northern Tundras.

To the east lies the Fishing Hamlet, which appears to have been abandoned three years ago after an unknown event described in a smelly journal.

Here, the mouth of the River of Souls appears to begin, flowing from the mountain down towards the soul altar.

Before the Wintertodt appeared during the 2nd decade (1,400 years ago), the tundra consisted of farmland owned by lords.

However, the Wintertodt (then known as the Winter Beast), an entity of unknown origin, ravaged the lands north of Kourend, causing the livestock and crops in the farmlands to completely freeze,[3] causing the land to experience perpetual winter and transforming it into a tundra. Remains of such settlements can be seen today, such as the Settlement Ruins.

For the next five decades,[4] the Winter Beast continued to ravage the Northern Tundra, with Kourend's attempts to subdue it unsuccessful, until a plan created by Dinh, a master Lovakengj smith, subdued the Winter Beast by using the heat from roots of the Bruma tree, and sealing it behind a set of large doors known as the Doors of Dinh.

Recently, the Doors have begun to fail due to it purposely damaged by someone or something, creating a small hole in the doors. Although not much, it is enough for the Wintertodt imprisoned within to draw a small amount of power into the prison. Despite its repair by Undor using Dinh's hammer, it has already gained much power in the time the Doors were damaged.