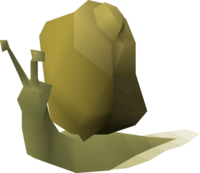 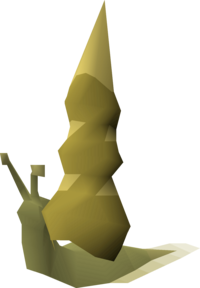 The Ochre Blamish Snail is a common snail which lives in the Mort Myre Swamp. Their attacks deal Ranged damage despite having a similar animation to Curse, and can only be used in melee range. They appear to have a max hit of 1, despite what is stated by Monster Examine.

This type of snail drops two items upon its death; a Blamish ochre shell and a Thin snail. A chisel can be used on the dropped shell to make an ochre snelm.