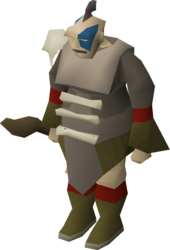 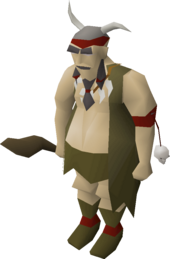 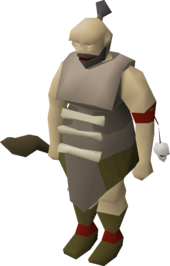 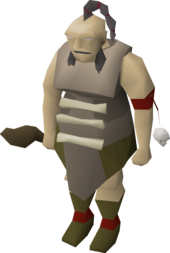 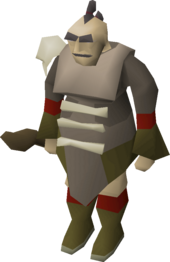 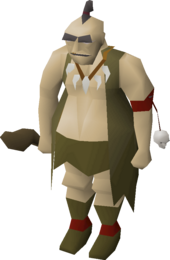 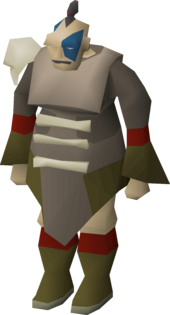 Ogre shamans are monsters found in the Ogre Enclave during the Watchtower quest.

Players must use a magic ogre potion on them during the quest to kill them, because they can't be damaged by conventional means, including Vengeance, rings of recoil, or poison. Once killed in this manner, they do not respawn, and therefore players never have to worry about them again.

If players attack them, they will unleash their powerful counter-attack dealing 30 points of damage to the player, hence it is inadvisable to do so. Although this attack is Magic-based, it cannot be blocked with Protect from Magic. If an ogre shaman is talked to, it will damage the player once with a Magic-based attack hitting a 20. A Dwarf multicannon cannot be used against them as it will simply ignore them.

Interestingly, the dragon killed by the shaman has a combat level of only 27. According to the examine text, the dragon is a mother dragon, like other blue dragons, and when it attacks with dragonfire, it immediately takes 30 points of damage, causing the dragon to have a total of 105 hitpoints.

The Ogre shaman deals a powerful hit to a Blue dragon.