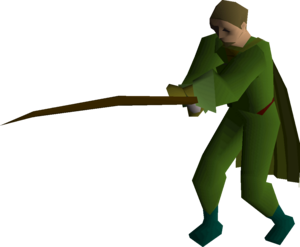 Zul-Onan is a Zul-Andra fisherman, who is responsible for fishing the sacred eels the tribe requires as food. He is the son of Mortarium, and has been living in Zul-Andra since he was a child.

Players who speak to him will discover the properties of the sacred eel: people who eat the sacred eels will become one with the Zul-Andra tribe, and causes their original families or tribes to shun them as unclean creatures, forcing them to remain in Zul-Andra and worship Zulrah, who the tribe sees as their god.