From Old School RuneScape Wiki
Jump to navigation Jump to search
The RuneScape Wiki also has an article on: rsw:Ork (NPC)
This article is about the orks in Zanaris. For the attackable orks, see Ork.
Ork? (edit) 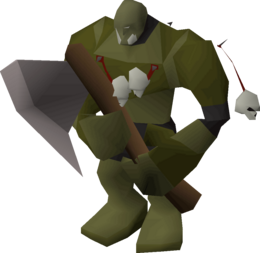 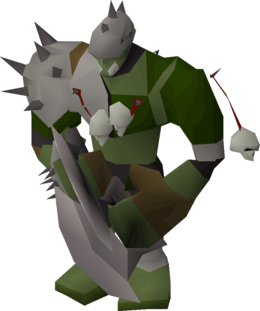 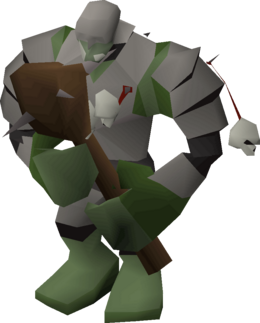 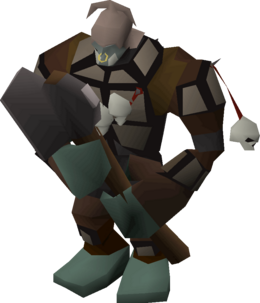 Orks are stocky, green-skinned humanoids. They have small tusks protruding from their jaws, and prefer to wield large axes and/or maces.

Orks appear at a certain point in Fairytale II - Cure a Queen. The Fairy Godfather is trying to replace the Fairy Queen and the fairies with Orks. These Orks have no shown level, and cannot be attacked. There is an Ork with combat level 20. They can be talked to, but all they say is "Grunt! Smelly, stinky human! Urgh! Leave us alone before we hurt you."