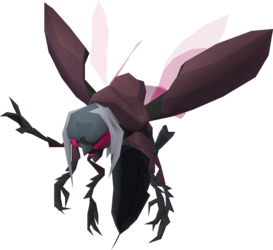 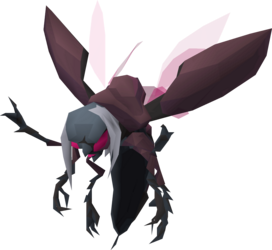 Parasites are thrown at players by Phosani's Nightmare while fighting her. After the parasite has grown, it will burst out of the player, damaging them. Drinking a dose of Sanfew serum or Relicym's balm will weaken the parasite.

If a player doesn't weaken the parasite inside them, they receive significantly more damage when the parasite burst out them. The parasite would also spawns higher stats, the damage inflicted on bursting out of them added on to their overall health, and the player loses the ability to inflict the maximum hit on the parasite if using a crush weapon.

If Phosani's Nightmare's shield is partly damaged, they target her to restore her shield. In the situation where one or more totems are partially charged, they target the least charged totem to discharge it until the totem is completely discharged. The heal amount is ~51 to 100 per attack.

In case there are no suitable targets to heal, parasites attack the player. They alternate Ranged and Magic attacks starting with a Ranged attack. Using protection prayers will fully negate their hits.