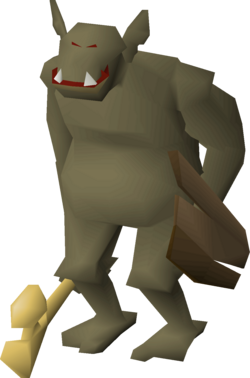 Pee Hat is a level 91 troll guarding Death Plateau. Protect from Melee is highly recommended as he can hit up to 23. Like the rest of the troll bosses in the area (Stick, Rock, and Kraka), he may drop a Rune warhammer or Granite shield.

A good strategy to kill them is to stand 2 steps north of the entrance, and kill one after the other; the only problem with this is that you will be attacked by several thrower trolls. However, this can be avoided by climbing the rocks east of the entrance and losing aggression with climbing boots, or standing far east on Death Plateau.