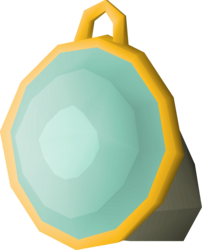 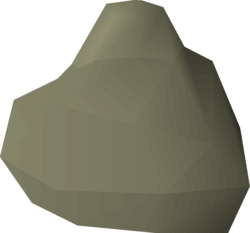 Pendant is Miazrqa's pendant propped up against a rock deep within the Mouse Hole in the Witch's House. During the Grim Tales quest, the pendant must be acquired and given to the princess Miazrqa in order for her to release Rupert from the tower. The mouse hole where the pendant lies, can only be accessed by drinking a shrink-me-quick potion, which shrinks the player down such that they can enter the hole. After the pendant is taken, only the rock it was propped up against remains.