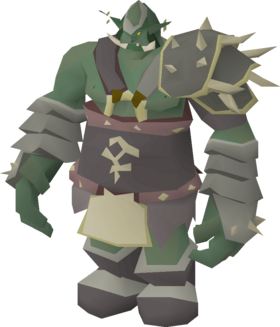 This dialogue is only triggered when General Graardor Jr. is battling another pet in the arena in the Menagerie.