The first crossbow can be seen on the quest's reward scroll. 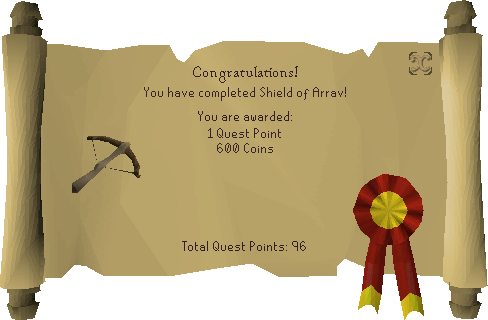